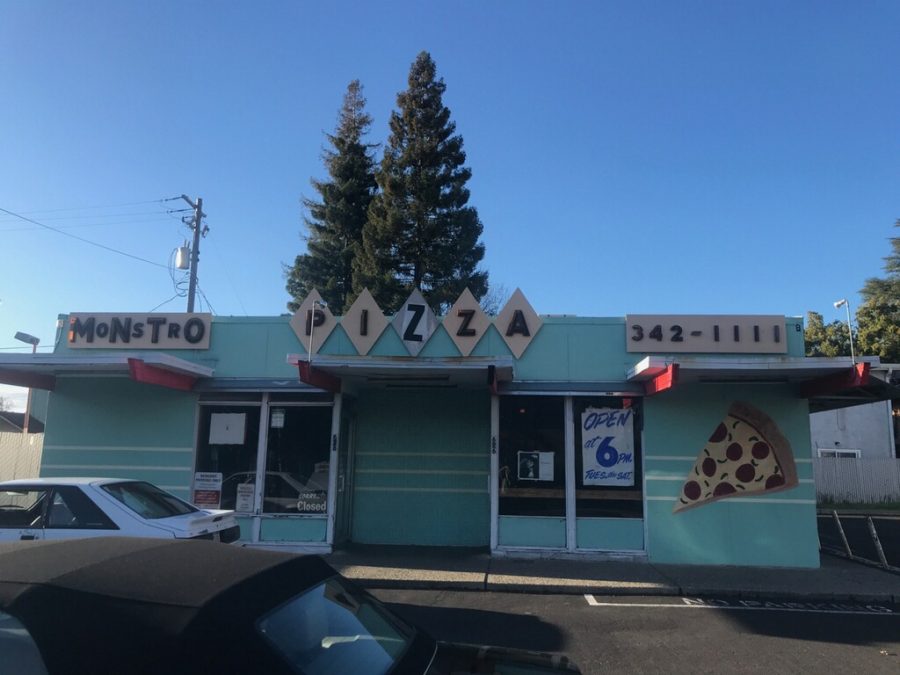 The exterior of Monstros Pizza. Photo by Grant Schmieding.

If that list sounds good to you, then take a ride down to 628 West Sacramento Ave. and check out Monstros Pizza. I would describe this establishment as vintage and quirky.

Burned into my memory as one of the weirdest dining experiences of my life, the restaurant itself occupied my attention more than the food.

On my own trip to Monstros, I pulled into the parking lot for an early dinner, knowing from previous fails that they don’t open until 6 p.m. With the restaurant still locked up and nobody around, I got back in my car, thinking it had gone out of business.

Just before leaving, a white sedan peeled into the lot. The driver approached my window and asked what I wanted. “Is this place open? I would like to buy a pizza, if possible.” After fumbling through an order with no menu, he took my phone number and said he would text me when my pizza was ready.

While driving back, on my own accord, after about 30 minutes, I received a text saying “almost ready pizza.”

Entering the venue, for the first time, felt like walking into a dimly-lit funhouse storage room. My attention whipped back and forth, from vintage arcade machines, collecting dust in every corner, to old newsreels playing uncomfortably loud on a small TV. 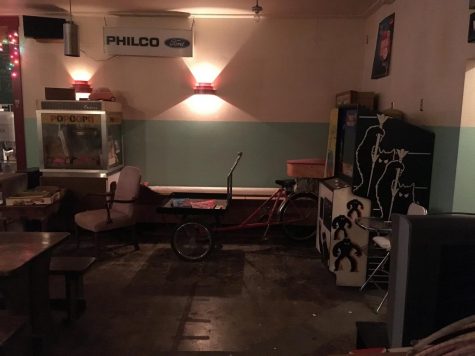 The interior of Monstros Pizza. Photo by Grant Schmieding. 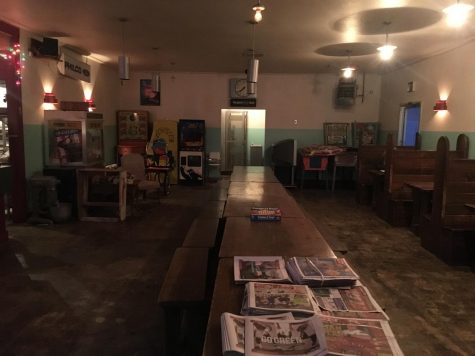 The interior of Monstros Pizza. Photo by Grant Schmieding.

Thoroughly distracted, I barely noticed the server scurrying around the kitchen before he called me over to get my pizza.

Upon sitting in one of the booths with my freshly cooked pizza, the TV suddenly switched channels. A black-and-white camera shot of an old road trailing off into the distance appeared on the screen. Birds screeched as a figure, which turned out to be a little girl singing, walked toward the screen. It’s a good thing my pizza was scorching hot because I would have been too perturbed to eat it.

Once I did start eating, however, the food actually tasted pretty good. After paying about $13 for the whole pizza, I left the establishment scratching my head. 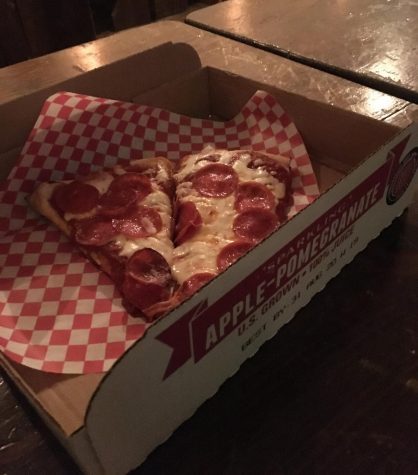 A slice of pizza from Monstros Pizza. Photo by Grant Schmieding.

If you happen to find yourself feeling hungry and adventurous Tuesday through Saturday, after 6 p.m., give this place a try. You will likely find yourself telling the story for weeks to come.

Grant Schmieding can be reached at [email protected] or @theorion_news on Twitter.