Wildcat of the Week – Michelle Holt 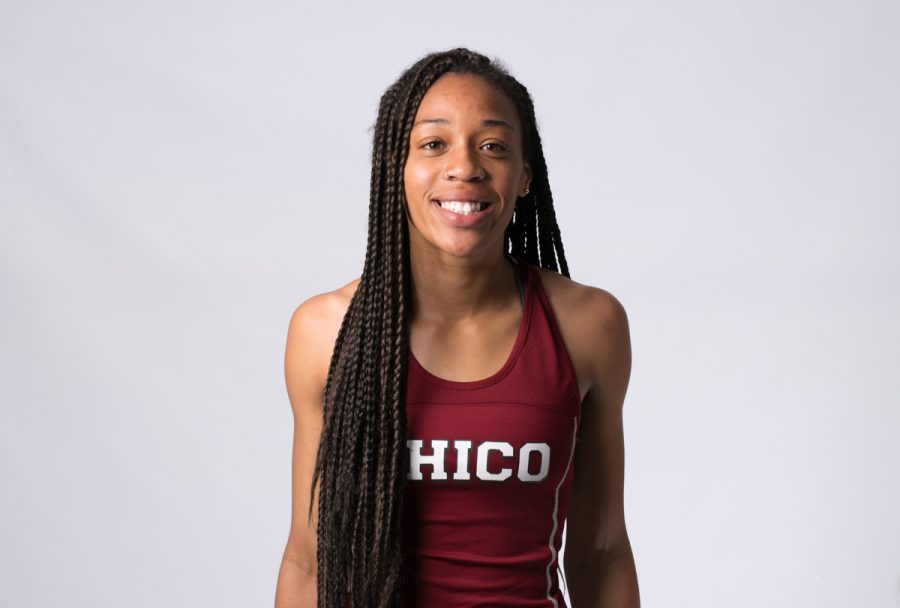 Q: How did you first get involved in track and field?

A: That’s actually a really funny story. I played basketball my entire life and then one day my English teacher had a sub, which was the track coach. He was this crazy old man that played the guitar and talked about turtles. He just randomly pointed me out and said ‘I want you to run track’ so I did it and I am still here and still doing it eight years later.

Q: Do you have any goals for this year?

Q: How do you feel about your performance this year?

A: The season is still very new and my body is still adjusting. I feel a lot stronger and faster than I did last year, but I still have so much to learn from it like everybody else. It’s such a new team this year, I feel like I am learning different things from different players.

Q: Do you perform any routines or rituals before or after an event?

A: I eat really good meals the night before a track meet. I’ll go out to eat and have the healthiest meal possible. Then I’ll get some good sleep and then the next morning I’ll be really picky about the food that I eat and drink a bunch of water. I always have Gatorade with me on game day, at least three or four of them.

Q: Who or what inspires you?

A: I have a lot of things that inspire me. Specifically, strong black women like Michelle Obama and Beyonce empower me.

Q: What are your plans after college?

A: I want to be a physical therapist, that’s where my mind is at this point in my life. I want to help people in the best way possible. Helping people to recover and rehabilitate can be hard sometimes, so being that crutch for somebody is something everybody needs.