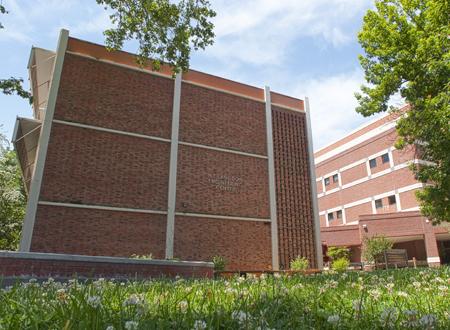 Langdon Engineering Center is fully operational, after flooding damaged equipment and shut power down for the southern half of the campus.

Estimates put the cost of repairs at a minimum of $100,000, according to Chico State spokesman Joe Wills.
Flooding affected a transformer and damaged electrical and mechanical equipment stored in the basement of Langdon Engineering Center on Jan. 6, prompting power shutdowns and forcing approximately 15 faculty and staff to relocate from the building.

Yvonne Lydon is an Administrative Support Coordinator for the Office of Civil Engineering, and had to move when the flooding affected Langdon.

“The power flickered and it all went off,” Lydon said. “It was probably 10:30 in the morning, and it was probably 11 o’clock when they realized that it wasn’t coming back on.”

Staff working in Langdon Engineering Center were asked to continue working in a different location. Lydon went to the office of the Dean of the College of Engineering, Computer Science, and Construction Management, which is located in the O’Connell Technology Center next door.

Once critical repairs were complete, all faculty and staff would be able to use Langdon again, Wills said. Faculty and staff were able to move back into Langdon on Thursday, in time for the faculty returning from break.

Insulation in the basement, which was dampened by the flooding, was replaced Wednesday afternoon, and the mechanical systems such as air circulation and water pumps were reactivated on Wednesday, Wills said. The elevators were repaired late Friday.

There is no word on a more accurate cost estimate at time of writing.

Enrique Raymundo can be reached at [email protected] or @theorion_news on Twitter.