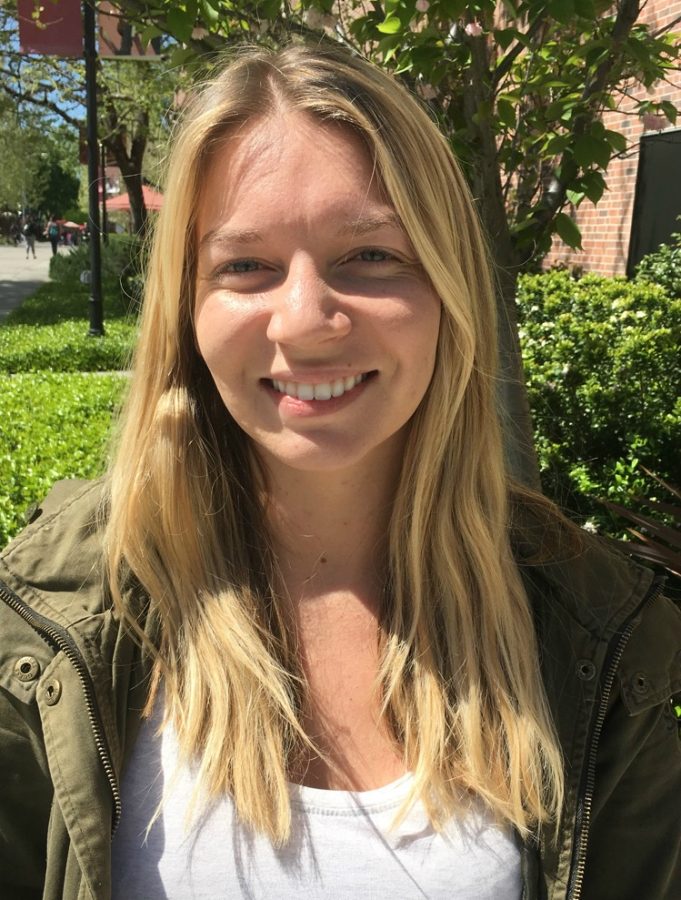 Amanda Reinhart believes a waste audit is important to help students be aware of their waste habits and where their waste actually ends up. Photo credit: Kelsi Sibert

A.S. Sustainability, in collaboration with A.S. Recycling, will be hosting a waste audit outside of Chico State’s Student Service Center on Tuesday from 8 a.m. to 2 p.m.

A.S. Sustainability Assistant Coordinator Amanda Reinhart said the aim of this event is to call attention to people’s waste habits.

“We are going to be collecting trash out of the recycling bin and the trash (cans) out of just the BMU and the WREC and it’s going to be all laid out and we’re (going to) try and see how students are recycling,” Reinhart said. “(We want to see) how well we’re doing with our diversion of waste and just really get a snapshot of where students are excelling in recycling and what kind of recycling they’re actually just putting in the trash.”

The trash will be collected from the Bell Memorial Union and the WREC on Monday, then participants will lay the trash out near the SSC so they can separate the waste on the day of the audit for everyone to see.

“We haven’t done a waste audit in a couple years … and so since we have access to the BMU and the WREC we thought we would start there,” said A.S. Sustainability Coordinator Nani Teves. “If anyone else on campus wanted to know their waste than (A.S.) Recycling could help them do an audit.”

This audit is intended to inform Chico State students how well they are or aren’t using the correct waste bins. The end goal is to bring attention to what needs to be changed concerning campus waste.

“I think there’s definitely an education piece (here) in having students actually see how they’re doing,” Reinhart said, “hopefully, out of this, more education will come and more awareness of what is supposed to be going inside the recycle and what’s actually supposed to go inside the landfill.”

Both Teves and Reinhart noted that the waste bins on campus can be misleading and confusing, so they are expecting waste to be in the wrong places and don’t blame anyone for these mistakes.

“The campus has a goal of zero waste and so does the Associated Students. And that means that 90 percent of what we get rid of does not go to the landfill and so we’re kind of looking at that percentage number,” Teves said. “We’re going to get a snapshot of what our percent is now, at least in the BMU and the WREC.”

Though an audit like this hasn’t been done for almost five years, Teves and Reinhart believe it’s important to do these audits each year to educate those on the Chico State campus about where their waste goes.

The last time the audit took place, a majority of the waste was paper products from the dining hall and paper towels from the restrooms. This year, they are hoping to identify more products to decrease the diversion.

“Chico State is one of the more sustainable schools and I think it just helps promote just how green we are trying to go and it just lays out kind of a foundation of being one of the pioneer higher education school within the CSU system that’s trying to be sustainable and implement sustainable practices on our campus,” Reinhart said.

This event is part of several Earth Month events that A.S. Sustainability is coordinating. Here’s a list of the remaining sustainability events this month:

Kelsi Sibert and be reached at [email protected] or @ksibertofficial on Twitter.