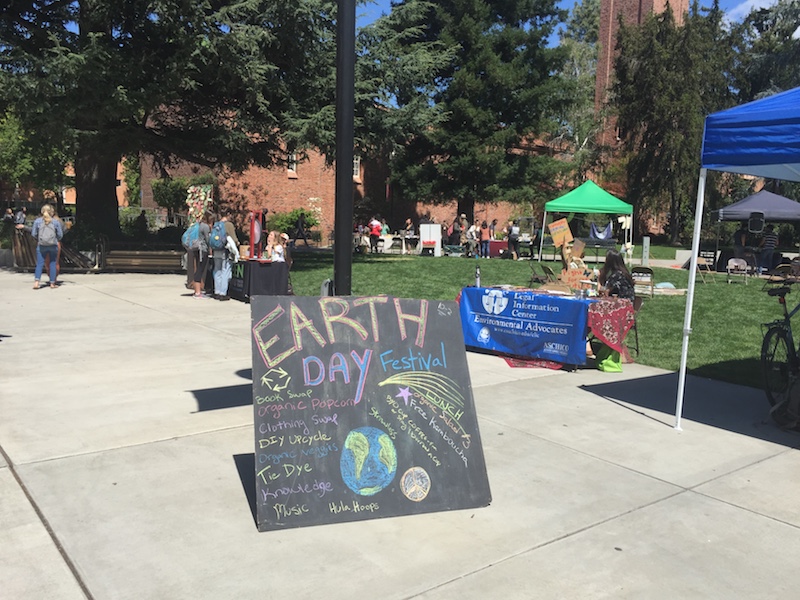 In honor of Earth Day, food and environmental groups including the Butte Environmental Council, Chico Natural Foods and AS Sustainability collaborated to host the Earth Day Festival.

The event took place at the Trinity Commons area on Thursday from 10.a.m until 2 p.m. It featured music and a variety of different activities to participate in, including a tie-dying station, a clothing swapping station, and a textbook swapping station, which gave students the opportunity to donate textbooks and clothing they no longer needed.

Healthy foods were also served during the Earth Day Festival. A popup pantry with organic vegetables was available, organic popcorn was served for free and free organic coffee was given to students that brought their own cups. Chico Natural Foods served free kombucha, as well as Cashew Cranberry Quinoa, Kale Caesar, Seeded Salad and Black Bean Salad for $3 each.

“It’s awesome Chico has events like this where we bring awareness to environmental issues in a fun way,” said student Jake Mesko, who was using the tie-dying station. “All the free stuff is a big bonus, too.”

Chico State is going to continue celebrating Earth Month through the end of April with five more events:

Josiah Nicholl can be reached at [email protected] or @josiah_theorion on Twitter.