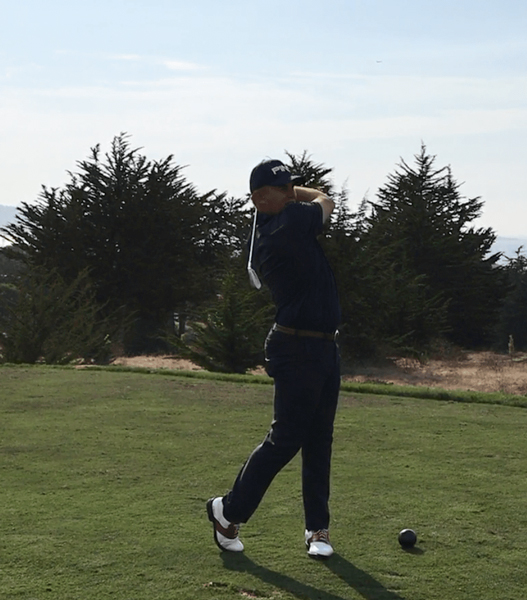 The Chico State men’s golf team will be hosting the California Collegiate Athletic Association Championship at the Butte Creek Country Club on April 23 through 25.

The team has registered two first place finishes this season. The first one came at the Sonoma State Invitational and the other at the Interwest Wildcat Classic, held at The Links at Rolling Hills in Corning.

Chico State golf is played during the fall and spring semesters that starts participating in tournaments in mid-September.

The Wildcats have five straight top-five finishes, with three of those being second place finishes.

“I think having the home field advantage and having some fans out there cheering us on might give us a boost,” Green said.

The men’s golf team hasn’t hosted a tournament since October 10, where they finished in first place.

Chico State Athletic Director Anita Barker is also excited that the CCAA championship will be hosted by the university.

“We are super excited that Butte Creek is going to be the location. It’s a great course,” Barker said. “Hopefully with all of this rain we are getting, it’s going to be beautiful.”

Of the 10 players on the team, six of them are upperclassmen. The Wildcats have five juniors and will be losing just one senior after the end of the season.

The lone senior is Colby Dean, who finished as the top golfer in the Interwest Wildcat Classic the last time Chico State hosted a match.

McCollum, who had a top-five performance earlier in the year at the Cal State San Marcos Fujikura Invitational, believes the home field advantage will help the team.

“It’s going to be fun to go out and play a course that we know more than other people do and to play in front of our home crowd, that’s definitely exciting and I’m looking forward to it,” McCollum said. “I think anytime that you’re at home you have an advantage.”

Another advantage that the Wildcats have is extensive knowledge of the course.

“We get to get out there about once a week, so we are familiar enough with it to be able to have a good enough advantage out there,” McCollum said about Butte Creek Country Club.

“I think we have an advantage, I think if you look at the entire season, most of our runner-up finishes have come to the host team,” Green said. “There is always that advantage when you play on a course that you’re more familiar with.”

The Wildcats have had a successful semester but believe the team is better than what the results show.

Coach Green believes the team had a good season and hopes to finish strong.

“We are very excited. We have had a good semester,” Green said. “I think we are trending in the right direction. We are playing some good golf, but we would have liked to have a couple more wins.”

As the Wildcats set their expectations high, they know their home course is going to be kind to them in this tournament.

“It’s not necessarily that it’s a tricky golf course, it’s just knowing where to be and what spots to be in,” McCollum said. “Just having the confidence that we’re close to home and we’re going to have people out there supporting us is comforting.”

“The other teams will come and play their one practice round and then it will be go time for them. We have been able to prepare week-to-week and we have an understanding of what location to be in to be successful,” Green Said. “It’s always a benefit to play at home.”

The championship tournament continues Tuesday, with the finals on Wednesday.

Admission is free for all who attend.