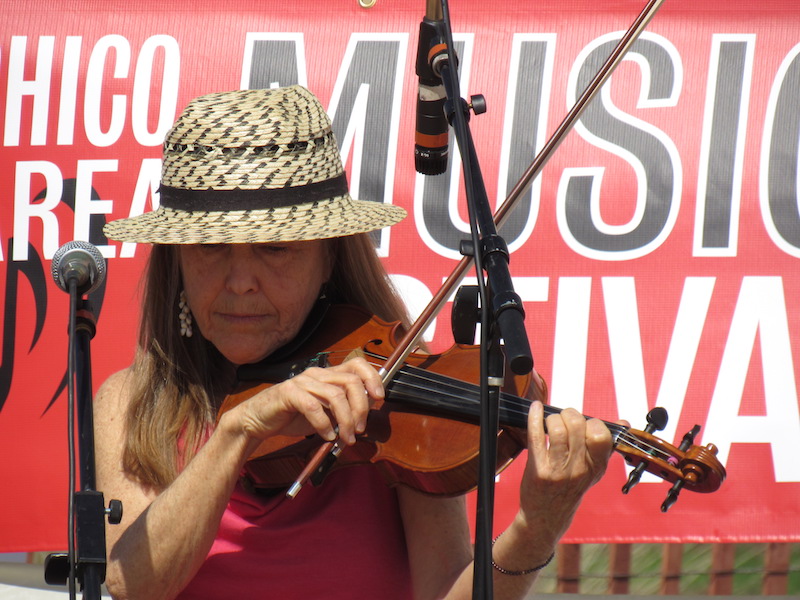 The 2018 CAMMIES Awards were put on at the Hop Yard at Sierra Nevada Brewery, from 2 p.m. to 7 p.m. on Sunday. It was sponsored by Chico News & Review and the Chico Rape Prevention and Intervention Center. The awards show is a spotlight for local musical artists every spring, with awards in different categories voted on by critics around the community.

Since 2006, the show has offered yearly recognition of the event, according to coordinator Jason Cassidy.

“I am the producer of the CAMMIES, which means I wrangle a bunch of local bands from various genres and try and curate a fun show that paints a picture of the Chico music scene,” Cassidy said.

Cassidy pointed out that the point of the event is to celebrate Chico’s varied musical scene.

“I try and get a nice cross-section of local bands/solo artists from a bunch of different genres, with a good balance of popular and up-and-coming acts,” he said. “This year was our best turnout so far. More than 800 people came to the Hop Yard throughout the day.”

Wristbands were given to those with valid ID to drink, but all ages were welcome at the show, with many families bringing their own chairs and enjoying activities like Jenga and Connect Four. Three food trucks were also on-site. By about 3 p.m., over 300 people were in attendance and more continued to arrive into the evening, setting up blankets to enjoy the sun and the show.

Two stages were set up on each side of the yard, with performers alternating at different stages to showcase the wide variety of styles in attendance for the CAMMIES finale. The Josh Hegg Trio opened the awards show with their jazz cover of Michael Jackson’s “Human Nature” before continuing with several original songs.

Taste Like Crow, a three-piece band, then took the opposite stage, performing several original songs with two different vocalists and showing off a bluegrass-country style.

On the same stage later, Hot Potato offered a charming folk style with their original and cover songs, with upright bass, violin and guitar and showing excellent musicianship.

Solar Estates, the fifth act who performed, is best described as an indie, alternative rock band with a soulful sound and an often ethereal presence through skillful mixing. Their lead vocalist Aric Jeffries took the award for Best Male Singer at the event.

A variety of community organizations also had booths set up at the event, many with a focus to start conversations while musical talent was being recognized. Some offered special events, using the show as a way to promote. An organizer and Administration Manager for the Disability Action Center, Carolina Nava, attended in a full pirate costume to promote a fundraising event for the center. She said she felt that “It’s a good way to raise awareness in the community.”

Other awards announced at the show included the winners Greg Hopkin, described as a “skilled multi-instrumentalist” by critics, for Best Bassist, and a member of Bogg, Madison DeSantis, for Best Drummer.