How prepared is Chico State? 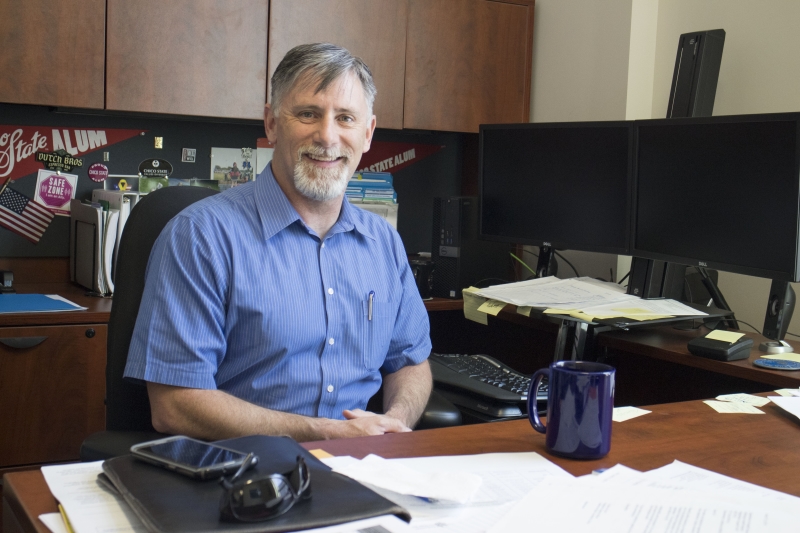 Chico State planned for its first active shooter drill during school session on April 20, however campus officials announced April 19 that the drill would be postponed and rescheduled for a future date.

Margolis Healy, a professional services firm specializing in campus safety and security for universities and K-12 schools, released a survey of 513 college officials in 2015 that found that 25.4 percent of respondents said they have never conducted any type of active shooter drill on campus.

Director of Environmental Health and Safety Marvin Pratt said that Chico State does not fall into this category.

Pratt said the campus conducted an active shooter drill in Butte Hall years ago while school wasn’t in session. Additionally, he described the drill as a fully functional exercise involving outside agencies and individuals who played the role of victims.

While Pratt remembered an active shooter drill, he couldn’t recall when it exactly took place.

“(This is) a guess, but probably six years or so (ago),” he said. “I can’t remember if we did it during (a) spring break or summer break.”

He also explained the difficulty of conducting such a drill during the academic school year.

“The challenge of doing a drill that large is essentially for at least six hours that building is completely off-line because you have to stage everything, and have to clean up everything,” Pratt said. “The bigger the drill, the more disruption to academic services.”

Pratt did not know why the April 20 drill was postponed and said University Police Chief John Reid would know more about this drill as Pratt said Reid leads the drill planning process.

Although a response could not be gathered prior to the release of this article, Reid was interviewed a few weeks earlier.

Reid went over how different a college campus environment is in comparison to a K-12 school, which contributes to more challenges for Chico State.

“A lot of folks think about it in the context of a K-12 school, which is a lot different in infrastructure,” Reid said. “You can’t really lock down the campus, that’s why we talk about shelter in place.”

Shelter in place refers to taking cover immediately. Or if it’s safe, it refers to going to the nearest building, securing and barricading entrances, staying quiet and not coming out until notified by campus officials with “all-clear.”

Reid’s main advice for students is that they should better prepare themselves by subscribing to Chico State Alerts which sends students, faculty and staff alerts through a phone call, text or email in the event of dangerous situations on campus.

Chico State Alerts would be particularly important in the event of an active shooter as the alert would notify students of the shooter’s location and instructions on whether to run, hide or fight.

The “RUN. HIDE. FIGHT.” protocol originates from a video made by the City of Houston in partnership with the Department of Homeland Security. The procedure is widely used across the nation and the principal focus of the CSU’s Active Shooter Safety Training video.

According to Chico State’s Emergency Response Guide, students should run if it’s deemed the safest option. If the circumstances appear unsafe to evacuate, students are advised to hide in place until instructed otherwise by police. Finally, if students are confronted and they have the ability to, they should fight. The guide advises students to throw items at the assailant including fire extinguishers, office supplies, or anything that may distract the shooter to buy time and save lives.

“Because of the diversity of the campus there’s no way the Police Department can send out information in real time that tells every single person what to do,” Reid said.

“The Run, Hide, Fight Model was created with good intentions, but it’s not always the most practical option. It’s a good start, but not extensive enough. If you’re going to run, where are you going to run?” Vice President of Guardian Defense Taylor Smith said. “If you begin to run blindly, without a plan, then you’re setting yourself up for failure.”

This approach focuses on evading safely, trying to find cover along the way and evacuating to a specific point thought out beforehand. Smith also advised students to know areas they can evade to and be out of sight on campus, in the case of a threat.

According to Guardian Defense’s website, at the college level, “all parties are considered matured participants that are capable of making critical decisions during an emergency.”

Smith also stressed the importance of active shooter training for faculty and staff not just law enforcement officials. She added that in a college setting, such training should be made available to students too.

“Differentiate between what law enforcement does for drills and what administration does for drills. Campus police running an active shooter drill are doing so for their tactics. They’re practicing on what their response would be. That kind of drill is different than a drill administration would run for the benefit of faculty and students,” Smith said.

Arkansas State University in Jonesboro has held drills for students and faculty in the past, but they are most well-known for their mandatory active shooter training for incoming freshman.

This university is one of the few in the nation to require mandatory training as part of fall orientation.

“If you have the opportunity to incorporate, orientation makes it fairly easy to do so,” Smith said.