Funding for student trips and The Orion stirs discussion 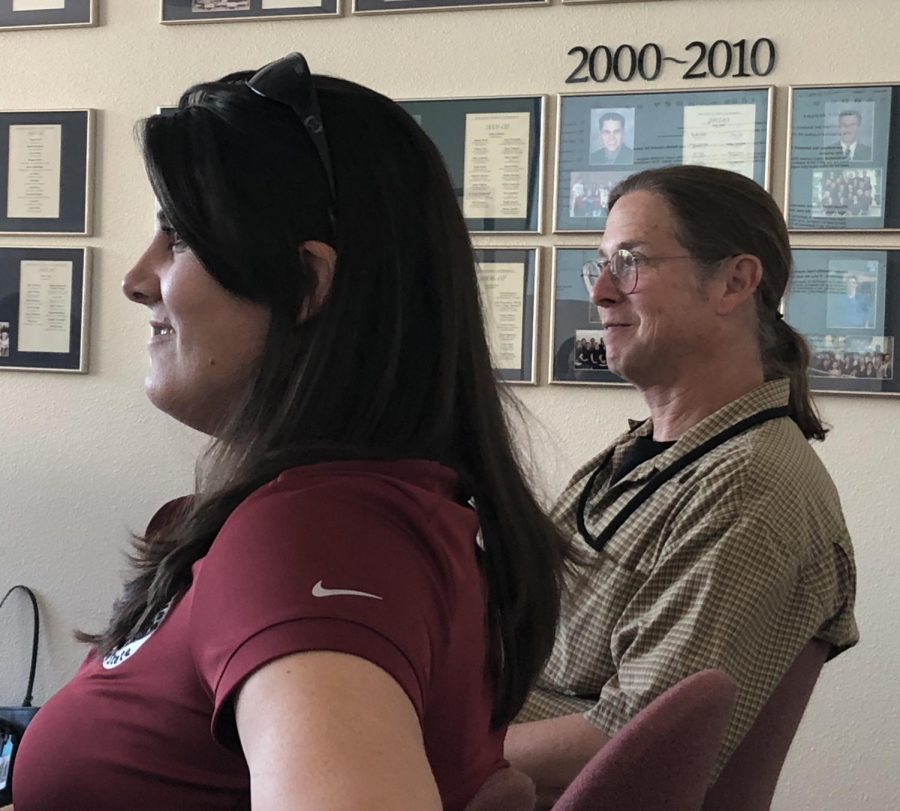 How much to spend on aiding student trips, and on The Orion, were two questions brought to the committee for Instructionally Related Activities this week.

With over $9,000 left in the budget for student activities,  the IRA met Thursday to hear from two teachers requesting additional accommodations for students who had raised funds for trips. Cameron Crawford and Kendall Ross came to present their cases for spending end-of-year funds on activities for their students.

Cameron Crawford, who teaches ceramics among other crafts, requested financial help with an event his students attended during the last weekend of April in Davis, California.

For 16 years, he said, his students have attended an event with peers from other colleges to design a professional exhibition space and gain work experience. Students must perform well to be asked to return to the event each year. “We get students who have a fundraiser, which they will do that to help offset the cost,” he said, but also said that a good portion of the cost is out-of-pocket for students, including travel, hotel, carpool and dining expenses.

Crawford requested help only with payment of hotel costs his students had been required to pay to attend. “Everything is $12 to $15 now… they’re learning to bring PB & J’s,” he said of students paying for their own food on these trips. The cost had reached about $326 per student.

Kendall Ross, advisor for the Chico State baseball club, then made her case. The club qualified last weekend for the regional tournament from May 11-13 in Lancaster, California, and requested the maximum amount possible, $2000. The funding would be to help offset lodging accommodations for the team, as Ross put it, while students would be responsible for transportation, food and other costs.

“If they win, they’ll be going to the national championships in North Carolina,” said Ross.

After hearing both cases, Dr. David Scholz, a professor from the College of Humanities and Fine Arts, asked for a suspension of the rules to make immediate votes, since both teachers had classes to attend immediately.

Scholz then called for a motion to instead vote on new amounts for both advisors. For Ross’s request for WREC Sports, he asked for a suspension of limits for spending and called for the total amount of $4000 to be accommodated instead of $2000.

“I think that we have the money, and this seems like a perfectly appropriate thing, and I think that it would be a nice gesture for the students to not have to pay,” Scholz said. The motion carried 7-0.

Scholz then asked for an amendment to the initial amount requested for Crawford’s students, moving to double their amount to $400 to help students who paid for their own meals, in addition to the requested $1,980. This motion also carried successfully, with both teachers responding with joy that their requests had both been doubled.

After these votes, funding for the Orion was then discussed. Alisha Sharma, interim president of Associated Students who has been elected for 2018-2019, called for a review of the budget request.

General uncertainty of how to fund the paper was clear, as four proposed scenarios were discussed that split up the new baseline amount of an additional $37,000 between the Orion and other programs in different ways.

While several members agreed with the idea of giving the same funds to the paper as usual, concerns for the sustainability of the paper’s business plan were expressed.

Dr. Scholz felt that the paper should have extra financial help with its debt to help with future growth. “I’d like to put on the agenda for our next meeting that we make a request to the provost to eliminate the rest of the Orion debt,” he said.

“At this point, I feel like we should give them a clean slate,” said Scholz. His idea was met with resistance, however, as some felt that the paper had not used funding well enough in the past to pay off their debt.

Ultimately, the decision was made to wait further before making a final commitment. Members of the IRA chose to meet again as a staff after the summer to make a final decision, citing a need to give recommendations to submit to the provost and then share with the dean of the College of Communications and Education. The plan for how to fund the student newspaper, it was agreed, will be settled at a later time.