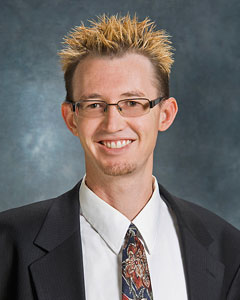 Chico State’s faculty are under new local leadership as bargaining between the union and California State University continues.

Political science department chair Charles Turner was sworn into office as the president of the Chico State chapter of the California Faculty Association at the beginning of the year.

Vincent Ornelas, Turner’s predecessor and director of the school of social work, described Turner as an activist within the CFA and someone with an entirely different skill set than what was offered by previous presidents.

“It’s always important to have fresh blood in terms of leadership,” Ornelas said. “Issues are changing and sometimes new leadership comes with new strategies and ways of addressing persistent issues.”

Chapter presidents transition every two years, according to the CFA’s constitution. An election was held during the Fall 2013 semester after Ornelas decided not to serve another term due to personal health concerns and competing responsibilities.

Spring 2014 will be a transition semester for the new president, with both Turner and Ornelas working closely on local concerns.

“I’ve got a long to-do list,” Turner said. “But, I’m excited for the challenge.”

Bargaining for the union’s 2014-2015 contract is under way. Initial negotiation meetings were held in December of last year, Turner said.

“It always comes down to the details, but I’m hopeful,” Turner said.

The current contract will expire on June 30.