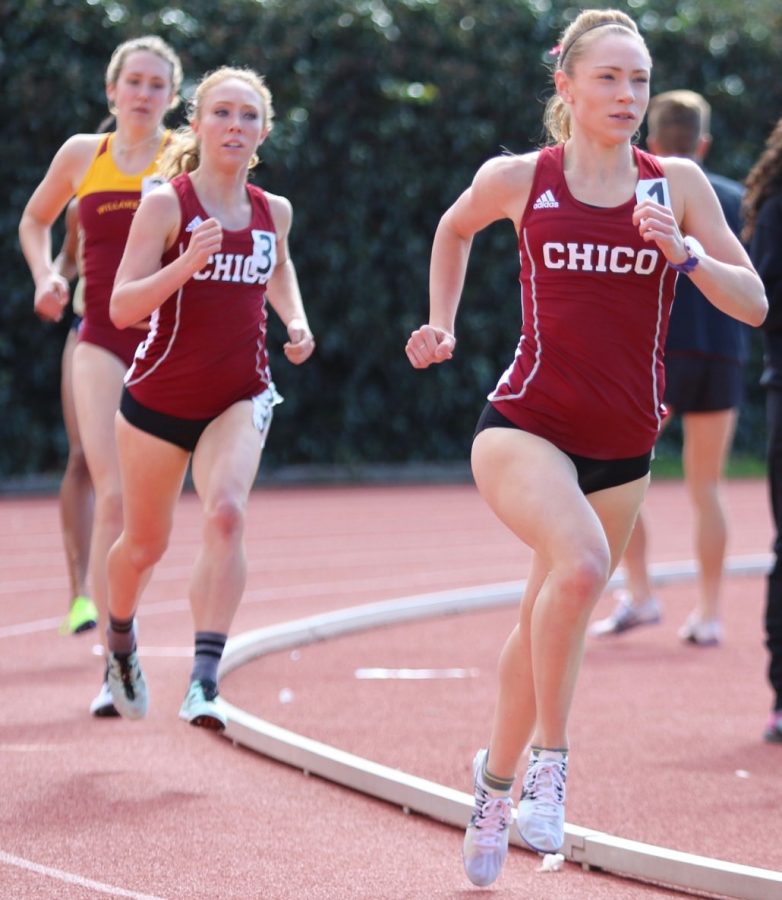 In preparation for the National Collegiate Athletic Association, Chico State’s track and field teams had one last chance to show their talent in two separate track meets over the weekend. These two last meets were the final chance for teams to qualify for Nationals.

At the Warrior Last Chance hosted by Stanislaus State, the Wildcats had several top finishers.

Chris Jaeger and Tyler Arroyo finished tied for first in high jump with a mark of 6-7. Arroyo still holds the best mark in Division II with a jump of 7-1 1/2.

Sefa Ilaoa finished second in discus behind Chico State throwing coach Wade Tsang, who was an unattached entrant. Ilaoa’s throw went for a distance of 155.

Megan Farrell led the way for the women. In the pole vault, Farrell vaulted over a height of 12-2, giving her first place in Turlock and the sixth-best vault in Chico State history.

Jenavieve Turner finished second in the 400 hurdles with a time of one minute and 1.05 seconds. That time is the second-best all-time at Chico State.

The Oregon meet saw only one first place finish for Chico State.

The lone first-place finish belongs to Kyle Medina. Medina finished first in the 5000 with a time of 14:01.66. This is the eighth highest mark in Division II.

A notable finisher for the men included Derek Morton in the 800, where he finished third with a time of 1:50.48.

While the women had no first-place finishes in the Portland Twilight, but they did improve on some Chico State records.

Hannah Dorman finished fourth in the 5000 with a time of 16:29.49. This time is now the second-best time in Chico State history and the ninth best time in Division II this year.

In the same event, Alex Burkhart finished sixth with a time of 16:39.21. This time is now sixth all-time best in Wildcat history.

Chico State track and field next competes May 24 through the 26 in Charlotte, North Carolina for the NCAA Championships.