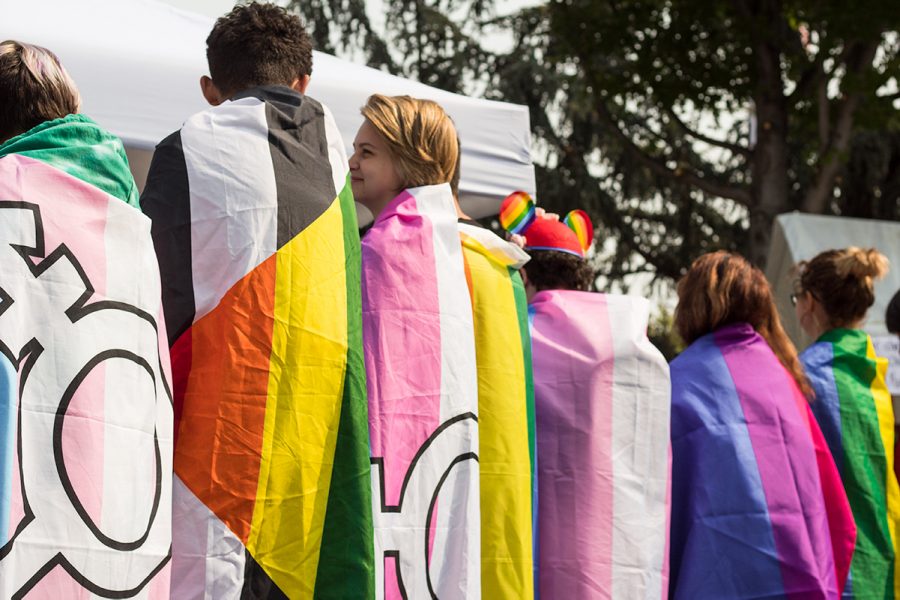 A group of local teens display their LGBTQ+ pride Saturday.

The celebration marked the 24th year the Stonewall Alliance celebrated Pride in Chico.

Chico Pride is a four-day schedule that started last Thursday. The annual event was planned and collaborated between various community organizations, sponsors and volunteers.

While this annual event is focused on celebrating the LGBTQ+ community, each year has a different theme; this year it was Seeds of Change.

“Pride is basically an event where we celebrate the LGBTQ+ community and we have all of these wonderful resources out here to celebrate today,” said vendor coordinator Sophia Martinez. “The theme of this year is seeds of change. We really tried to make this year very environmentally conscience.” 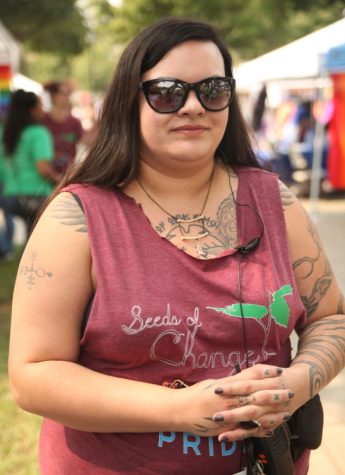 The event took place from Thursday to Sunday, beginning with performances and arts at the Chico Peace and Justice Center on Thursday. On Friday, community members were invited to Trinity United Methodist Church and the Chico Womens’ Club for a teen dance and a pride variety show. Guest performer Tucker Noir also joined and performed during the festival. The four-day event ended with a community brunch at Bidwell Park on Sunday.

Stonewall Alliance took donations all four days to help fund it’s non-profit programs and to pay for the event. Many attendees showed their support by wearing pride flags as capes. Booths were also set up to share information about about both sustainability and the LGBTQ+ community. 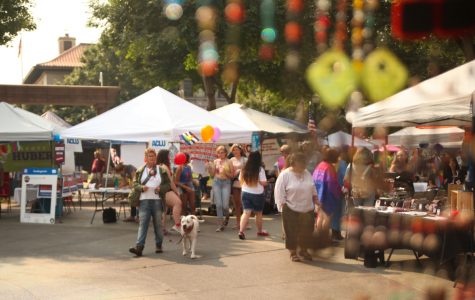 Booths were set up around the edges of the city plaza. Photo credit: Caitlyn Young

Matthew Dennis, the marketing coordinator for The Stonewall Alliance of Chico, added that the non-profit can serve as welcoming and safe place for various people.

“For a lot of our community members we are a second home where they feel more welcome because unfortunately they may not be accepted in their own home,” Dennis said. 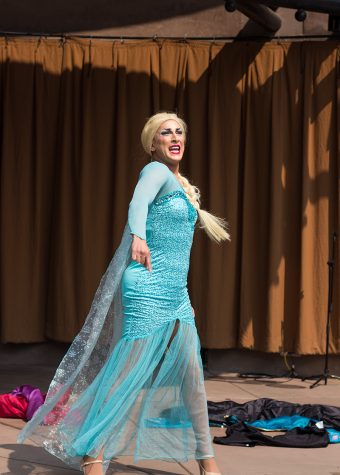 The Stonewall Alliance’s name stems from a historical event on June 28, 1969. On that date a drag queen, Marsha P. Johnson, took a stand for her rights at the Stonewall Inn in New York City. The event is often credited for being a catalyst in the LGBT+ rights movement.

Dennis reflected on the week’s events as a way to look back at the community’s history while also preparing for the future.

“Pride is a glorious celebration of our diverse community where we can remember where we came from and look towards the future.” Dennis said. “It is a time and place where someone can be their most authentic self and they can feel that whole community behind them.”

Kathryn Sykes and Jacqueline Morales can be reached at [email protected] or katesykes_orion and @jackie_theorion on Twitter.