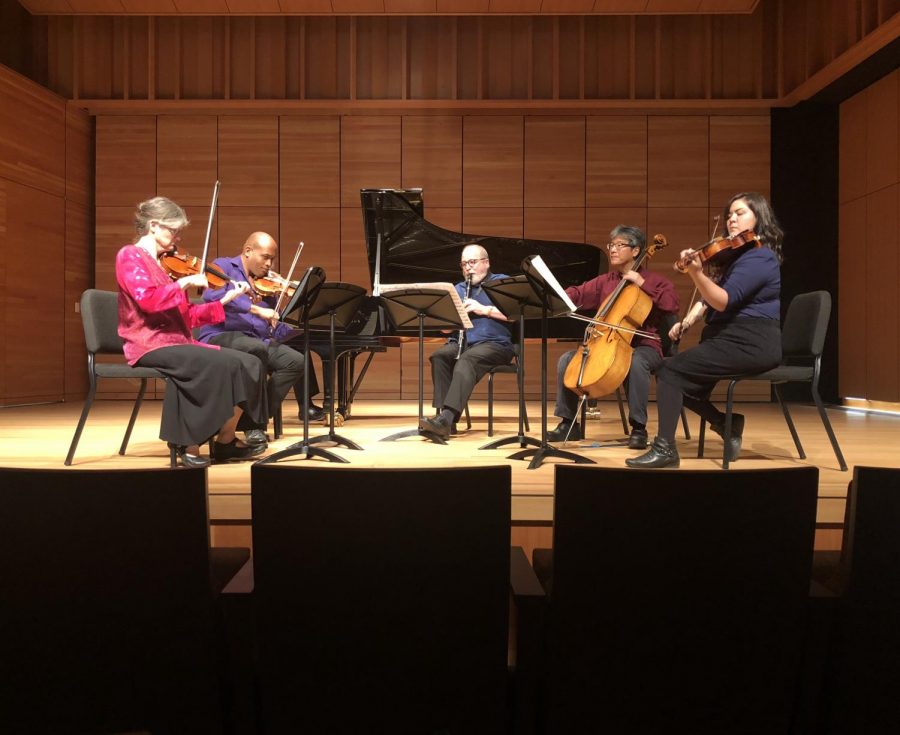 The sounds of wind and string instruments filled Zingg Recital Hall as “The Florestan Society” and the Department of Music and Theatre presented ”Mid-century Modern, Vol. 1” this past Sunday.

Being a new transfer student, this was my first school show that I attended. Going into it I was largely unaware of classical music. I’ve worked at a record shop where they decided to take out the whole classical section because it was “a waste of space.”

The genre is hardly talked about in mainstream media unless you really look for outlets that talk about it specifically. When you put the lack of coverage in the mainstream with this preconceived stereotype of “classical music is just for stuffy old people” you start to groan at the idea of going to an event like this. I certainly was.

That being said, I truly enjoyed the music that was performed here. Russell Burnham, who played the clarinet, would come out and say a few words about each peace and give a little insight about them as well.

First to perform were Leighton Fon on cello and Anna Presler on violin. The duo performed the “Zoltan Kodaly Duo For Violin and Cello, Op (1914)”. The two were in perfect sync with each other; the audience could feel the emotion emanating from the music they were playing. This performance set the tone for the rest of the show.

The closing piece was Sergei Prokofiev’s “Overture on Hebrew” which was described as “sounding Hebrew but not actually being Hebrew,” by Burnham.

Watching “Mid-century Modern, Vol.1” was a great way to spend a Sunday and it really opened my eyes to a genre that I have never really explored. Am I going to start listening to classical music religiously? Probably not, but I have found a new appreciation for the art and will start listening to it here and there.

If you’ve always been curious about this kind of classical music or are already a fan, then I recommend seeing The Florestan Society again. “Mid-Century Modern, Vol. 2” will be their next show on Feb.10, 2019 at 2 p.m. in the Zingg Recital Hall.

Alex Coba can be reached at [email protected] or @Alexcoba9 on Twitter.