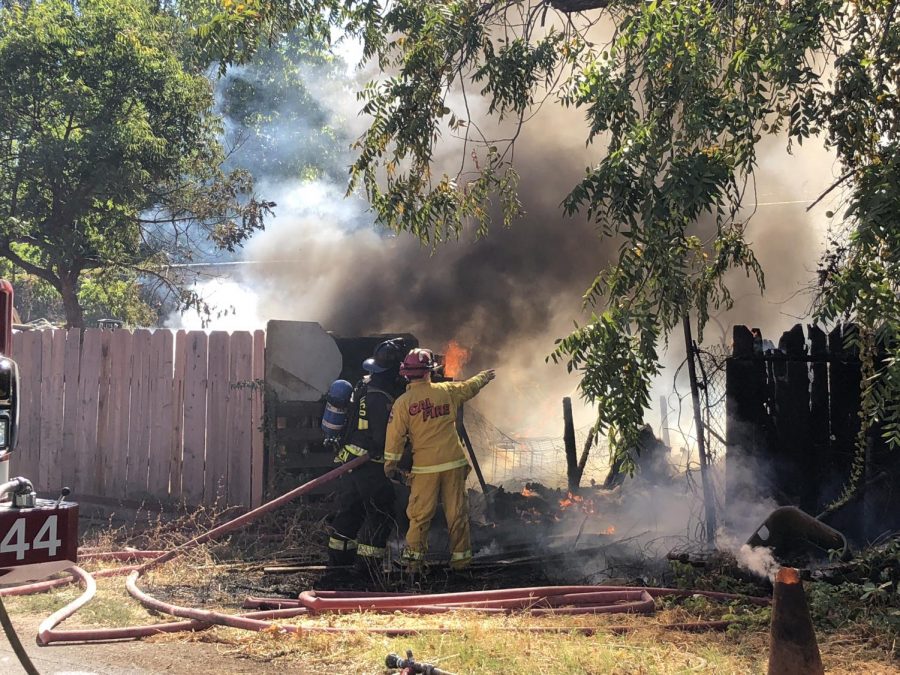 A fire broke out in Chapmantown around 3:10 p.m. on Saturday.

CAL Fire responded to the fire when it started in an alley on Guill Street near Virginia Street. Two sheds and one fence were burned.

Firefighters on the scene at neighborhood fire in Chapmantown @theorion_news pic.twitter.com/ZS4tsufogC

No injuries have been reported in the incident. This is a developing story.

Natalie Hanson can be reached at [email protected] com or @NatalieH_Orion on Twitter.