On This Day: The Kinks’ “Something Else By The Kinks” released in 1967 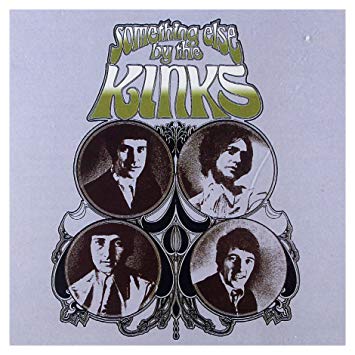 The album artwork for the album "Something Else By The Kinks" by The Kinks. Image courtesy of Amazon.

The summer of 1967 is legendary in the history of music’s development. The several short months in that “Summer of Love” defined the sound of a generation, as from that year’s incredible journey through music came classics that showed the maturing of some of the decade’s strongest bands. One such band, The Kinks, showed this growing maturity when they released their album “Something Else By The Kinks” on September 15 in 1967.

The Kinks were known for standing out, quickly influencing English rock as it exploded in the 1960s and finding their own sound apart from other British bands like The Rolling Stones. They are thought of as one of the most influential bands of the period, shrewdly observing British culture and incorporating elements of folk, music hall, blues and baroque music into their style. Now regarded as one of the band’s most mature albums, “Something Else By The Kinks” is an example of their creativity by developing their established style and taking it to new heights of musical innovation. It helps that the band was blessed with Ray Davies’ imagination and tangible literary sensibility in his lyrical imagery.

“David Watts” introduces the album right away with tongue-in-cheek lyrics about admiring a fellow schoolboy who stands out from other people: “I am a dull and simple lad/Cannot tell water from champagne/And I have never met the Queen”. There is an undercurrent of either deep envy of this boy’s charmed life, or a crush, with hints that the boy is actually gay. “Death of a Clown” is deliciously haunting, with some undeniable Beatles influence in its harmonies but striking its own sound. The song was supposedly what inspired Dave Davies to pursue a solo career after this song hit #3 in the United Kingdom.

“Two Sisters” then parodies the rivalry between two sisters, one being outgoing and fun-loving, while the other is more sensible and married. The song is a mockery of the relationship between Ray and Dave Davies, whose clashing personalities led to many fights. The album then goes on to the gentle, mournful “No Return,” the percussion-heavy character piece “Harry Rag,” “Tin Soldier Man,” and the tale of a couple making ends meet, “Situation Vacant.”

Personally, I love the open of Side Two, “Love Me Till the Sun Shines,” the only song on the album written by Dave Davies, with a rocking cynicality that manages to remain romantic. “Lazy Old Sun” then continues the album’s lean towards psychedelic imagery, with vocals infused with hazy nostalgia, drifting easily into “Afternoon Tea.” “Funny Face” is positively whimsical with a mournful touch thanks to Ray Davies’ lyrics -“They say you won’t last any longer/All the gates of love you won’t walk through/The only gates you see are colored blue”. “End of the Season” flows to “Waterloo Sunset,” one of the best-known songs of the band to date, to effortlessly close out the album.

The two tracks on the album which represent its notable creative advancement, in my opinion, are “Death of a Clown” and “Waterloo Sunset”. “Sunset” is still studied today for its complex arrangement, oft-praised lyrics and gorgeously poignant imagery, and is considered one of the most beloved songs of the “Swinging Sixties” by the band’s peers and other musicians. It ties up the album with a sense of disillusioned longing for romantic innocence amidst a melancholic reality. The song, and album, both understand and convey the cultural collective feeling at that moment in the decade with such impeccable timing that it is mesmerizing to listen to again and again.

There is much to love about this remarkably laid-back and richly layered album that is by turns cynical, introspective and whimsical. If you want an introduction to the innovation during the remarkable period of music known as the Summer of Love, or already enjoy the sounds of the classic rock of the 60s, you should spend some time with this album. It has a firm place in The Kinks’ substantial legacy.