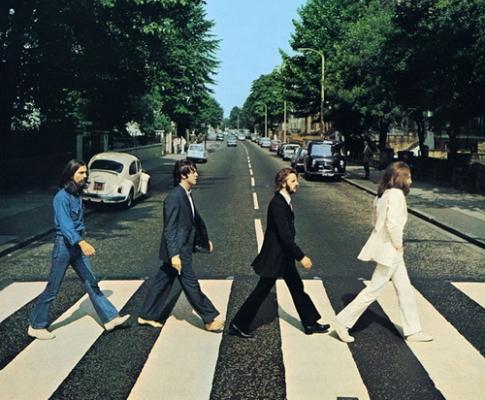 The cover of the album, "Abbey Road" by The Beatles. Image courtesy of Apple Records.

We know the cover, and we still know some of the songs. Yet it seems incredible that the iconic “Abbey Road,” by The Beatles, is 49 years old today.

It may seem impossible now, but the album received mixed reviews upon its release in 1969. Now, it is considered perhaps the band’s best album, for good reason. Recorded after what is considered as The Beatles’ last album, “Let It Be,” its making took place after Paul McCartney and producer George Martin asked for a friendlier atmosphere, free of the conflicts which had plagued the band for years. The resulting sound successfully reflects a band able to get past their differences long enough to produce a musically tight, mature and complex piece of work.

The band’s first two songs, “Come Together” and “Something,” were released as a single and perhaps are its most played. The latter has reached a legendary status among love songs, particularly for being one of George Harrison’s best-known compositions.

Reflecting the style and tone of the four members, this album contains some of the most representative of their personalities. “Maxwell’s Silver Hammer,” which supposedly annoyed the other band members, is a humorous track characteristic of Paul McCartney’s fondness for ragtime piano. “Oh, Darling,” in contrast, employs a Lousiana-inspired rhythm and blues style and, with its rugged sound, represents a step forward for McCartney’s usually clean vocal range.

“Octopus’s Garden,” which is ironically one of the most-covered songs on the album, allows Ringo Starr to shine on lead vocals with a whimsical, quirky style. “I Want You (She’s So Heavy),” returns to Lennon’s writing with one of the longest tracks the band released. Using white noise building over the main riffs, “I Want You” shows a rich progressive rock influence, although beginning with a straightforward blues structure.

The second half of the album begins with the timeless, simple “Here Comes The Sun,” followed by the harmony-rich “Because,” before launching into its medley structure. “Here Comes The Sun” has earned a status almost separate from the album, perhaps because of its genuine joy and simplicity, making it one of the band’s most beloved to date. The magazine “NME” placed it at number 4 in its 2015 list of “The 100 Greatest Beatles Songs.”

Starting with “You Never Give Me Your Money,” this piece of the album was a new step for the band, writing in pieces instead of in whole compositions, for 16 minutes in eight short songs. After the swampy, airy harmonies “Sun King,” Lennon added “Mean Mr. Mustard” and “Polythene Pam” followed by McCartney’s four brief songs, blended so seamlessly you have to listen several times over just to hear the genius of its mixing again.

“Golden Slumbers” then begins the finale of the album into “Carry That Weight” finishing with “The End” in a drum solo for Starr and three rotating two-bar guitar solos between McCartney, Harrison and Lennon for a final climax. Blink and you might miss the final 20 seconds, “Her Majesty,” which ended up finishing the album in the final cuts. Only The Beatles could so neatly end an album like this one.

In two parts, this sprawling album represents how far The Beatles came throughout the decade. With such multifaceted work clear in each song, the amount of effort put in by all four members seems monumental. Even by today’s standards it represented yet another step forward for music from The Beatles.

Even on their way out, The Beatles were leaders to the future of music. The album covers a wider variety of topics and ideas, yet at the end, it is telling that the band concludes with a simple message about love (after all, so much of their catalog was concerned with the many facets of love). Perhaps we would all do well to remember their final line to the world, at the end of an incredible career, focused instead on that love: “And in the end, the love you take is equal to the love you make.”

Natalie Hanson can be reached at @[email protected] or @NatalieH_Orion on Twitter.