On This Day: “Songs in the Key of Life” a milestone for Stevie Wonder, soul music 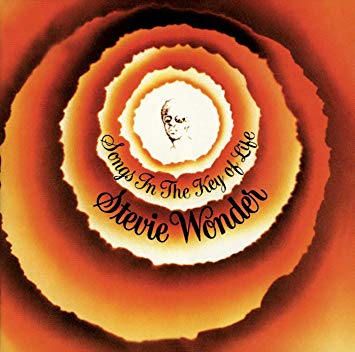 "Songs in the Key of Life" was released on Sept. 28 in 1976 and is one of Stevie Wonder's best-known albums. Image courtesy of Motown Records.

Stevie Wonder is probably best known for his album “Songs in the Key of Life,” which was released on Sept. 28, 1976. Both a phenomenon of 1970s soul and a big moment for pop and concept albums in general, it is now often cited as one of the greatest albums in pop music history.

By 1975, Wonder was a worldwide icon in R&B and soul. Yet he had grown dissatisfied with the recording industry. He became serious about quitting and traveled to Ghana to work with handicapped children. A farewell concert was considered, but Wonder changed his mind and signed a new contract with Motown. The result, his 18th album, gave Wonder room to breathe and grow with many collaborations and gave birth to some of his finest, most self-reflective work.

Seeking love and peace of mind

The album covers a wide range of topics which Wonder wanted to allow a complete focus on, and love itself is a key player in most of the songs on the album.

“Love’s in Need of Love Today,” with its rich harmonies and full development of Wonder’s gospel sound, has enough subtle power to seep into the listener’s heart and pleads for love to heal the world’s evils.

“Knocks Me Off My Feet” is a more traditional love song, while “Isn’t She Lovely” celebrates birth and life. Wonder marvels at what he deems the miracle of love’s creation, inspired by the birth of his daughter Aisha Morris. While overly misunderstood by now as a love song, “Lovely” is one of his most enduring favorites.

A multifaceted work, the album also uses “Ordinary Pain” to look at love from the angle of loss and brokenheartedness as a part of life. “You’re just a masochistic fool/Because you knew my love was cruel/You never listened when they said/Don’t let that girl to your head.” Then “As” wholeheartedly argues for unending love as Wonder lists the miracles that would have to occur before he were to give up on the person he loves.

Music’s power combined with love is echoed later in “Ngiculela – Es Una Historia – I Am Singing” – “I am singing someday love will reign/Throughout this world of ours/I am singing of love from my heart.”

Partly inspired by Wonder’s disillusionment with the world and other governments’ handling of world hunger and poverty, the album also tackles more troubling themes. “Village Ghetto Land” portrays the many towns and lands in the world plagued with struggles for food, shelter and safety. “Black Man” is a surprise of an up-tempo synth-funk track, with another perspective of the accomplishments over time from different race and gender combinations among historical figures.

Yet, “Joy Inside My Tears” finds a bittersweet beauty in both sadness and celebration, as Wonder describes how a person can bring happiness and light despite life’s troubles and worries. This ballad is also one of his best, blending high-pitched and low-pitched synths with piano effortlessly.

Wonder’s theme for this album weaves faith deeply inside several songs, sometimes more prominently. “Have a Talk With God” asks for the listener to take their troubles and struggles to God, assuring “He is always around,” ostensibly drawing from Wonder’s own perspective and beliefs.

“Pastime Paradise” tackles the evils of living with a focus on the world’s gains and losses, without working towards divine rewards (“Dissipation/Of race relations/Consolation/Segregation). It is also noteworthy for being one of the first songs to use a synthesizer to sound like a full string section and features a gospel choir from West Angeles Church of God and a Hare Krishna chanting group.

Nostalgia for times and songs past fill out the rest of Wonder’s vision within this album’s structure. First, the instrumental “Contusion” plunges the album into funk with guitar interplay and warring keyboards. Second, the incredibly infectious “Sir Duke” arrives. The horn-driven song is a celebration of not only music’s power, but a tribute to greats like Duke Ellington, Count Basie, Louis Armstrong, Ella Fitzgerald and Glenn Miller. “Sir Duke” has a gleeful joy that is impossible to not be moved by.

“I Wish” takes on the challenge of following a song like “Duke” with one of the most memorable examples of his horn-heavy, keyboard-driven songs. It is full of memories of Wonder’s youth, with a longing for simpler times that ties in beautifully with his overall viewpoint of living with more purpose and separation from materialism. Go ahead and do your best to listen to it without moving in your seat.

Soul food for the ages

“Songs in the Key of Life” forever left its mark on soul and on the pop music world. A total of 130 people worked on this album, and its complexity reflects how many artists lent their time and talent to it. Just take a look at the collaboration listing for each track, and in listening to the album again, one finds more and more layers of work revealed.

Wonder’s artistic vision feels fully realized in this album, with an exceptionally mature artistry that is endlessly replayable. Even other musical artists like Michael Jackson, Prince, George Michael and Elton John expressed in the years since its release that it was one of their favorite albums. After 42 years, “Key of Life’ deserves to remain on the turntable for musical or philosophical inspiration, as a timeless rumination on life’s many sorrows and treasures.