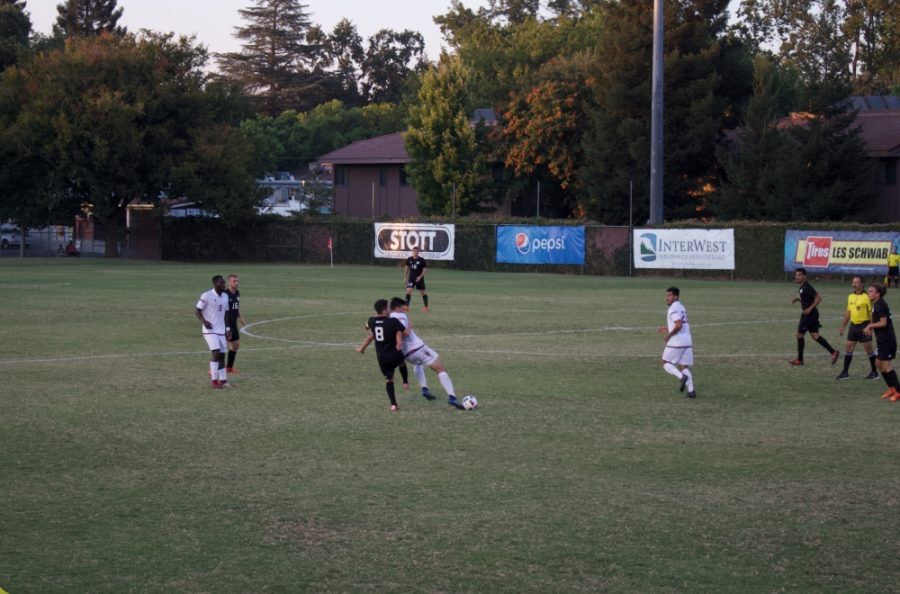 The wins just keep pouring in for Chico State as both the men’s and women’s soccer teams picked up victories in San Bernardino. The Chico women dominated early, winning 2-0, while the men had a come-from-behind 2-1 win against the Coyotes. Both of these victories extend their winning streaks to four, and the women still have not lost after nine games.

“I honestly think we can go all the way,” defender Jamie Ikeda said about their undefeated season. “It’s not even in my mind right now of losing one game.”

This kind of confidence is shared amongst the players, as they have won all three games so far on the road trip, and given up only one goal. As for this game in particular, Chico state women’s soccer had their most impressive game of the road trip so far, winning 2-0 and scoring both goals within the first 25 minutes of the game.

“For this game specifically one of our goals was to come out strong and hard because during our East Bay game we came out a little bit flat, so we really focused on scoring first and keeping the lead,” Ikeda said.

They were able to hold this quick lead throughout the entire game, also thanks to goalkeeper Brenna Meier, who got three saves as well as a shutout in this one. The defense was as unstoppable as always this game, and it was one of the keys to victory for the Wildcats.

Going forward, the Wildcats will face a struggling Cal Poly Pomona team, who are 4-4-1, but have yet to win a game in conference play with a record of 0-2-1. Chico State, however is now 5-0-4, and have won four in a row, going into this matchup.

Chico State men’s soccer was up next, and they faced a hot San Bernardino team, who had won four games in a row coming into this matchup, and was 5-2 overall. However, thanks to some huge plays down the stretch by Garrett Hogbin and Jeremiah Egujie, Chico came up with the 2-1 victory.

“The angle I had for that goal, it was an impossible angle,” Egujie said about his goal. “But I figured if the goalkeeper had two people in front of him, and cannot see, might as well take a shot, and sure enough, he couldn’t see it so it went straight in.”

Egujie got his fifth goal of the season, which is three more than the next closest player on the team, and his goal gave the Chico State team another close victory on the road. Chico men’s soccer has now won four straight games, and have improved their record to 6-2-1.

Chico State men’s soccer plays the last game of their road trip against Cal Poly Pomona this Sunday at 2 p.m., who are currently 3-4 on the season.