‘Silent Disco’ gets locals to bust a move 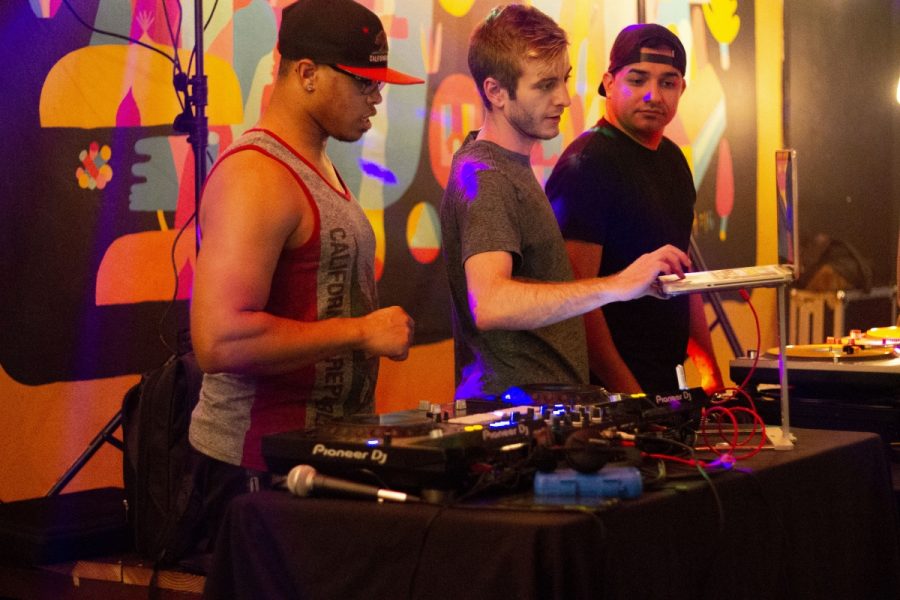 Music was bumping and people were grooving the night away, yet the room was silent. How was this possible? Well, the event was a silent disco, the first of its kind at the Naked Lounge.

Chico’s Naked Lounge hosted its first 18-and-over “Silent Disco” Thursday. The event was organized by Theo Burton, who goes by DJ Theo B, in conjunction with The Naked Lounge.

For those who don’t know, a silent disco is a basic dance party except everyone wears headphones to listen to the music. The DJ plugs into a wireless receiver instead of the speaker so that the music that is playing is fed directly into the headphones provided.

Four DJs were playing for the crowd at this event. Each pair of light-up headphones had the ability to toggle which DJ you wanted to hear from, complete with color-changing lights that matched the color of the DJ’s headphones. The red station played more R&B and hip-hop, blue played EDM and green played “top 40” songs.

“It’s something different… I love DJ’ing, I go to Sacramento to do this and when I went there, I thought, this was something people in Chico would love,” Burton said.

Burton wanted to put on a silent disco here in Chico and was searching for a venue to host the event. The Naked Lounge sounded like a good fit for something of this nature.

The response to the event was extremely positive. The Naked Lounge was filled with people dancing like no one was watching. Even if you didn’t pay for the headphones it was still entertaining watching people dancing in silence.

“It’s really funny to take off the headphones and hear no music and still see everyone still dancing – it’s like really weird but it makes it a lot more fun too,” said Chico STate student Jessie Imhoff. Imhoff discovered the event through her internship at the Chico State radio station, KCSC. Her friend, Jessie, also came along for the ride.

“I was definitely variable in the beginning, ’cause I was like what the heck, there’s no music, but now I’m jam(ming),” said another attendant, Sarah.

Veteran silent disco-goer Natalie Almond, who has been to two silent discos before at larger events, raved about the experience.

“The EDC or Sacred Movement is more local,” Almond said. “I’ve been to one at a house party here in Chico and it’s just such a fun vibe. ‘Cause you get to switch channels and you can look around and be like woah, ‘what’s that person boogieing to, I need to be on green channel not red right now.’ It’s just a good time.”

Dj Theo B hopes to put on more events like this at bigger venues. The Naked Lounge’s next event will be Brandon Leake’s “The Dark Side” Tour on Oct. 6 at 7 p.m.