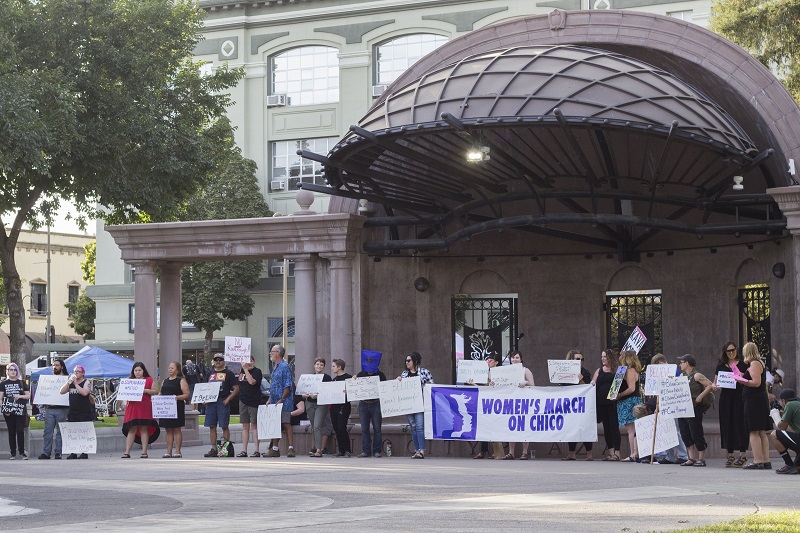 This article mentions the topic of sexual assualt. Chico State victims and survivors of sexual abuse or assault can visit the campus health center Monday through Friday, or call or visit the Rape Crisis Center of Butte County Online, or call 530-891-1331 or 530-342-RAPE for 24-hour availability.

Protesters in Chico stood in solidarity against Supreme Court Nominee Brett Kavanaugh amidst allegations of sexual assault by Dr. Christina Blasey Ford on the last Thursday Night Market of the year.

People of all different ages, ethnicities and genders protested in support of Ford who alleges Kavanaugh had sexually assaulted her in the summer of 1982. The protest was hosted by Women’s March Chico in partnership with other community organizations such as the Chico Peace & Justice Center, Indigenous Support Collaborative Nor Cal., Families Belong Together Chico, and Our Revolution Chico. 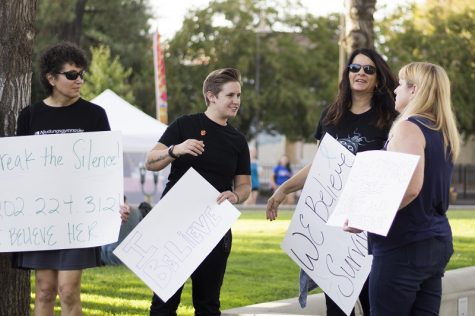 Although the event was only two hours, Lilia Avila, a member for Women’s March Chico, felt the protest would have long lasting effects on the community by helping connect sexual assault victims to counseling resources and local community groups.

“I think the main point for us today was to show our support and we have some people here that are available for crisis counseling and things like that,” Avila said. 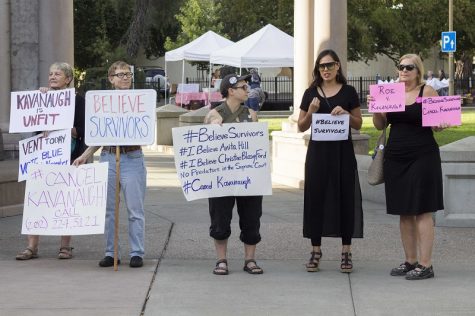 Many protesters were not only outraged with Kavanaugh, but with President Donald Trump and his disregard for Ford’s allegations. 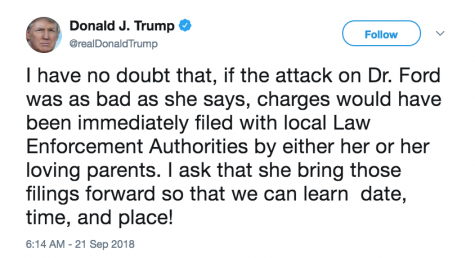 “It doesn’t really serve the notion of community or safety to put the burden and the blame on survivors,” said Iraya Robles, an event coordinator for Women’s March Chico. “In that statement, there’s zero value given to that,” she said referring the president’s tweet.

Robles points out that many victims feel uncomfortable sharing their stories with law enforcement, referencing the popular hashtag “#WhyIDidntReport”. Under this hashtag, thousands of sexual assault victims state the reasons why they didn’t report being assaulted. Fears cited included not being believed, not fully understanding what sexual assault was, or even fear of threats to their lives and families.

Tweets under the hashtag “#WhyIDidntReport” show why victims did not speak out about their sexual assault experiences.

Tweets under the hashtag “#WhyIDidntReport” show why victims did not speak out about their sexual assault experiences.

Although many viewed the allegations brought against Kavanaugh as a partisan issue, Robles urged citizens to listen to both parties with an open mind.

“People can become very stuck and isolated in that kind of thinking. Break out of the isolation. This is a non-partisan issue,” said Robles.

“There are survivors in every political category. Abuse, unfortunately, affects everyone, and it doesn’t care what party you vote for, don’t vote for, even if you vote at all,” she said.

One protester, Nora Machado, continued to worry about the current state of the country on issues such as sexual assault.

“It’s a scary time for women,” said Machado. “Women need to step up and let their voices be heard even more than ever with peaceful protesting.” 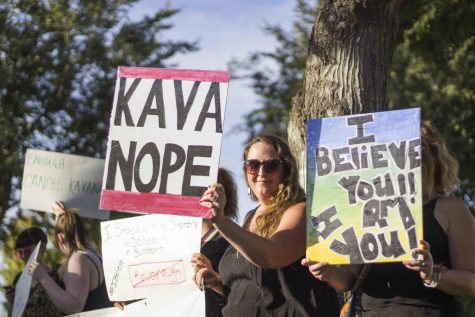 One word that continued to stand out through the many posters and conversations was the word “believe”. The word was used by many, not only as support for sexual assault victims, but as an outlook for a positive future that encourages consent-culture and open conversations about tough issues like sexual assault. 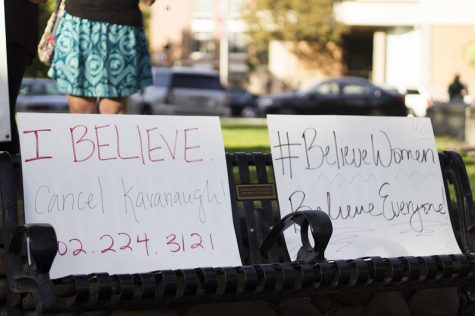 “It’s their story to tell.”

Brian Luong can be reached at [email protected] or @brianluongorion on Twitter.