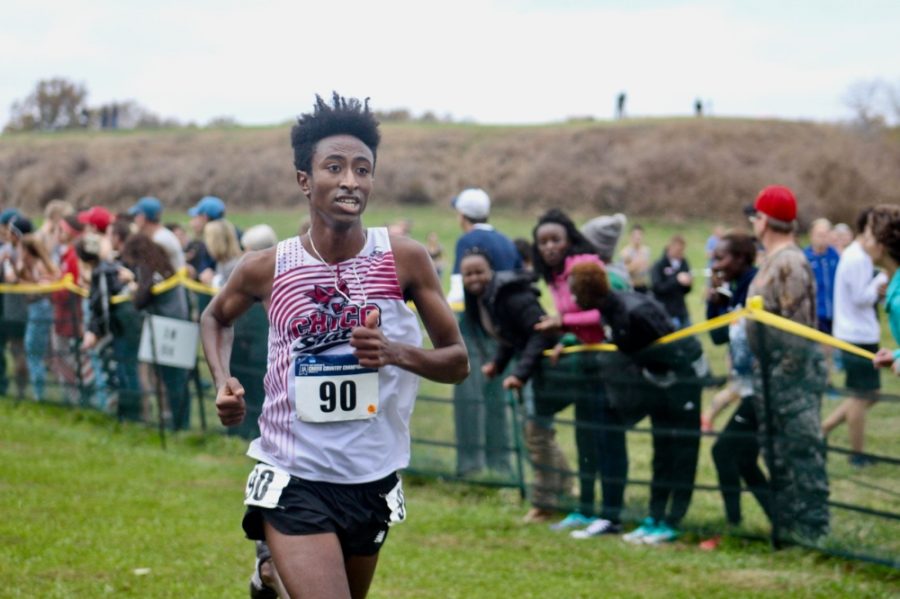 Senior Teddy Kassa finished 22nd and placed 17th, with a time of 24:56.5 on Saturday. Kassa running during a meet last year in this archived photo. Image courtesy of Luke Reid.

Chico State men’s and women’s cross-country kicked off its season opener this morning at the Capital Cross Challenge in Sacramento. Both teams are coming off of California Collegiate Athletic Association titles, 16 in a row for the men and ten in a row for the women.

The men’s team won, placing first as a team in the College Men’s 8k, 42 was their final score, with the next closest being 105 by Pepperdine University. Their total time was 2:03:04, and the average time was 24:37.

“Everyone competed well and did their part to bring home the team W,” Johnson said. “Next we will look to improve everything by a little, run as a pack and pick up as many spots as we can in the last mile. We are very excited for the rest of the season.” 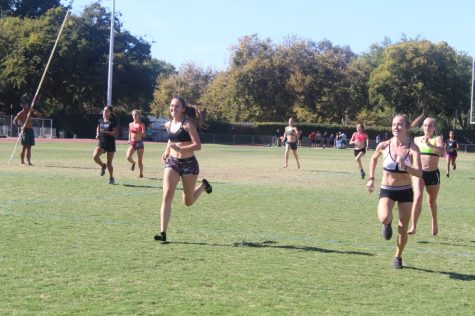 Junior Kayden Carpenter (left) smiles during practice with her teammates. Carpenter finished 22nd and scored 16th with a time of 21:53.9 on Saturday. Photo credit: Ricardo Tovar

All three helped propel the Wildcats to a strong start to the season. A great start for a team that came in ranked first in the West Region and sixth in the nation.

“I felt really happy with what I did but I’m hungry for more. I wanted to see if I could sustain a fast pace and I did,” Carpenter said. “As a team, fifth is pretty decent, but we are a a second half of the season type of team. There’s plenty of room for improvement. That was just a small taste.”

Chico State men’s and women’s cross-country hope to keep the tremendous effort up Saturday, Oct. 13 at the Bronco Invitational in Santa Clara. It will be the second of just three races this season before the CCAA championships start on Nov. 3.