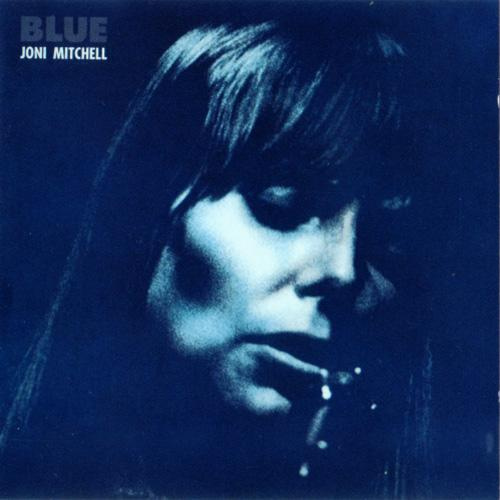 The world of music would never be the same without the female musicians who made waves over the years in a male-dominated industry. Whether they were setting the bar or blazing their own trail, these female singer-songwriters often made music history with their powerful voices and songwriting. Here are some essential tracks to know by some of the most influential women in music.

Joni Mitchell achieved fame in the 1970s thanks to her inimitable voice and incredible songwriting ability. The title track from her masterwork album, “Blue,” is Mitchell at her most vulnerable and disarmingly complex. Please listen to her entire album, it may change your life.

King wrote many, many songs for other singers like Diana Ross and Aretha Franklin, and became one of the most successful composers of the late 20th century. “Tapestry” is a timeless album that finally allows King’s own voice and words to mix. It sings with her personality.

Everyone needs more Tracy Chapman in their life. The great singer-songwriter (with four Grammy awards and multi-platinum albums to her name) began her ascent to the top with “Fast Car” but with this song, she really found her niche with a classic 12-bar blues structure. Anyone who’s been at the end of a relationship will feel this one from start to finish.

The great Franklin’s ability to not just sing, but write as well, with power and authenticity is demonstrated in songs like this one. Just try not to sing along with her -“It don’t take too much I.Q./To see what you’re doin’ to me/You better think (think)/Think about what you’re tryna to do to me.”

A standout early smash for Heart, this song exemplifies the Wilson sisters’ songwriting and vocal abilities. The song, which was partially autobiographical for Ann Wilson, is about a young woman being seduced by an older man, much to the discomfort of her mother. It became the band’s first Top 10 hit in the United States in 1975.

Annie Lennox first found widespread fame through the Eurythmics, becoming a fashion icon as well. She went on to use her songwriting and singing abilities for a successful solo career, beginning with the debut solo album “Diva.” This song was one of her most vulnerable on the album.

The inspiration for this song supposedly comes from the relationship Nicks had with fellow bandmate Lindsay Buckingham, and her reflections on her past life before becoming famous. A legendary figure by the time Fleetwood Mac was over, Nicks would go to have a very successful solo career.

Rising to the top of the list of female vocalists in the 1970s, Summer was also an underrated songwriter, having written 8 of her top 10 songs, including this one. “On the Radio” is about hearing an ex-lover’s letter read aloud on the radio. Written for the film “Foxes” and turned into a disco song, Summer’s vocals and delivery power the track.

Apple’s debut album “Tidal” took the world by storm in 1994 and included this song. “Sleep to Dream” exemplifies Apple’s style as she pushes aside a reluctant love (“You say love is a hell you cannot bear/And I say gimme mine back and then go there, for all I care”).

Smith, a key player in the punk rock movement, became an icon in 1975 with her album “Horses.” “Gloria” was written by Van Morrison and Smith’s version, among many covers, is stripped-down, adding irony and beginning with the lyrics. “Jesus died for somebody’s sins / But not mine.”

Harry, with the band Blondie, became a punk icon in the late 1970s for her style, voice and personality, and was later propelled to a successful solo career thanks to hits like this. Co-written with guitarist Chris Stein, this major track for Blondie was initially controversial for adding a disco beat. Yet it still crackles thanks to Harry.

One of the more poignant songs by No Doubt, Gwen Stefani displays a vulnerability about herself. Stefani addresses the inner conflict she felt as a woman, wanting independence but also craving “the simple life” with love and a family. It’s a sad, frank musical portrayal of the conflict many women feel.

“Judas” was one of Gaga’s best earlier songs and an example of her talent, not only for pop arrangement, but for more complex lyrical writing. The pop queen’s style has evolved over the years but this is one of her earlier successes alluding to later development across genres.

Although the great Holliday is mainly known for songs and standards written by others, she did write a few songs, like this one. “God Bless The Child” is about finding one’s own independence and success, but also references the Bible as if to say that people treat each other poorly with or without religion (“Yes the strong get smart/While the weak ones fade/Empty pockets don’t ever make the grade/Mama may have/Papa may have/But God bless the child that’s got his own'”).