On This Day: The Police’s ‘Ghost in the Machine’ redefines reggae rock 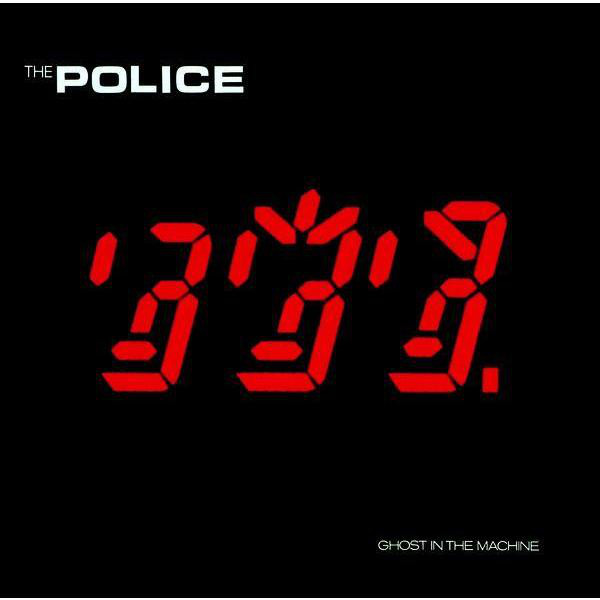 The album artwork of "Ghost in the Machine" by The Police. Image courtesy of A&M.

For a multi-platinum band like the Police, “Ghost in the Machine,” released on Oct. 2 in 1981, represented a big moment for them and for ’80s New Wave and reggae rock in general. A band with an undeniable reggae rock influence, The Police further developed their defining keyboard- and horn-heavy sound in this fourth studio album. “Ghost in the Machine” is an unforgettable, multi-platinum entry in the band’s catalog that presents their work at perhaps its most flexible, angry and daring.

Side One: Synths and Horns

“Spirits in the Material World” is quite the opening, holding a Jamaican Skabeat with a rhythmic synthesizer section, shouts of saxophone, and an unforgettably satisfying bass line by Sting. It immediately attacks society’s ineffective structures (“There is no political solution/To our troubled evolution/Have no faith in constitution”) riding on a complex bass line and the middle synthesizer solo.

The best-known song on the album, “Every Little Thing She Does Is Magic” is a very upbeat love song, giddy in its imagery of love (“Do I have to tell the story / Of a thousand rainy days since we first met? / It’s a big enough umbrella / But it’s always me that ends up getting wet”). Triumphant piano arpeggios drive the song into a frenzy matching the hopefulness of its lyrics.

It’s quite the jarring switch, after such a hopeful track, to collide with the disturbing, bittersweet anti-war track “Invisible Sun.” Partially written in response to the violence and deaths in Ireland at the time, the song manages to come to a hope for peace and safety in people’s resistance and will to survive in the face of injustice and bloody conflicts. It is also a unique mixing of synthesizers, composed in the key of E-flat major/C minor with the verses alternating between these keys, for a sorrowful, desperate feeling with Sting’s distanced vocals. The accompanying music video, containing footage of the conflict in Ireland, was banned by the BBC.

“Hungry For You” then kicks off the album’s horn-heavy, significant reggae rock sound. This continues into “Demolition Man,” supposedly written by Sting about the parliament voting system in Britain (“I’m a three-line whip”), also covered by Grace Jones that year.

The song features a jazzy hard rock styling with a solo from guitarist Andy Summers.

Pure fun with these horns, coupled with an attack on increasing technology (“Overkill/Overview/Over my dead body/Over me/Over you/Over everybody”), blasts in on “Too Much Information.” This leads into the energy of “Re-Humanize Yourself” which couples with the message of “One World (Not Three)” which despite upbeat sounds using multiple horns, return to addressing worldwide inequality.

Although these heavy influences with horns and keyboards drive the latter half of the album, the more subdued “Secret Journey” contains some of the best mixing on the album, depicting a spiritual journey by the singer and seeming to encourage spiritual awakening.

“Ghost in the Machine” was highly notable in 1981 thanks to its effects on New Wave and reggae rock, where The Police were the most influential. The band continued to innovate on this album while also commenting on technology and society’s ills.

The Police found a way to comment on a variety of issues while being seen as experimental pioneers in rock at the time. If you enjoy reggae rock or New Wave, or haven’t heard anything quite like this before, take some time to enjoy this album.