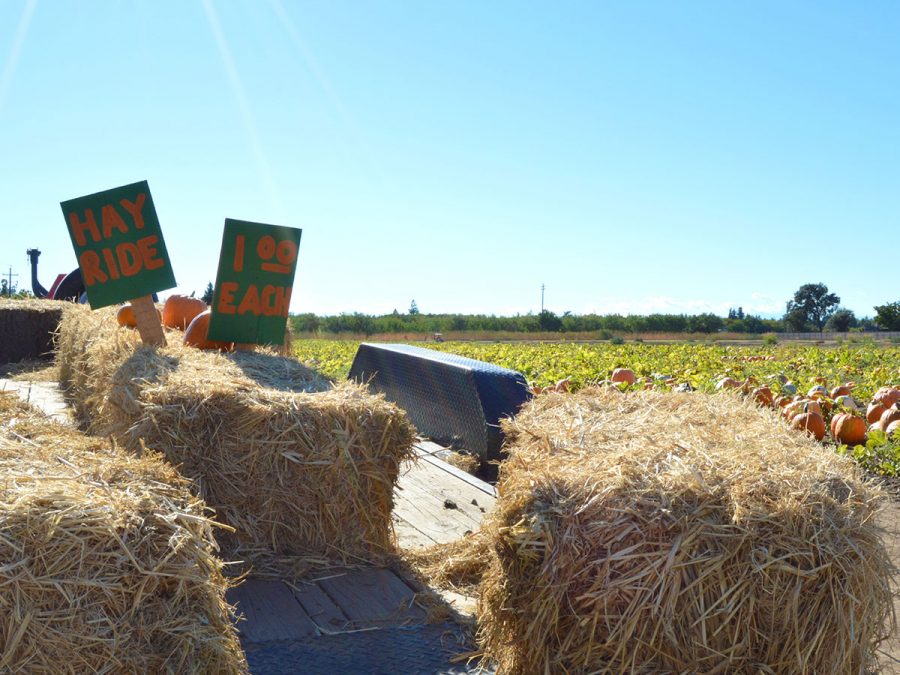 Hayrides are offered for a drive around the pumpkin patch. Photo credit: Olyvia Simpson

For the entirety of their summer vacation, anywhere from one to eight students came out to the field for a few hours every Monday through Friday, to individually pull out weeds growing between pumpkins and tend to the crop.

“We were out here almost every day just to get rid of the weeds, they were growing faster than we could cut them,” said Garrett Cunningham, a Chico High sophomore.

After 18 weeks of farming, and hundreds of hours of detailed care from dozens of students, the approximately 7,000 pumpkins at Chico High Future Farmers of America (FFA) field are ready to harvest. The 2.5 acres of land, known as Henshaw field, is owned by the Chico Unified School District and puts FFA students in charge of caring for the 13 varieties of pumpkin produce every year.

FFA is an intracurricular student organization for individuals interested in agriculture and leadership. All money raised from the pumpkin patch goes to the Henshaw farm account for Chico High FFA. 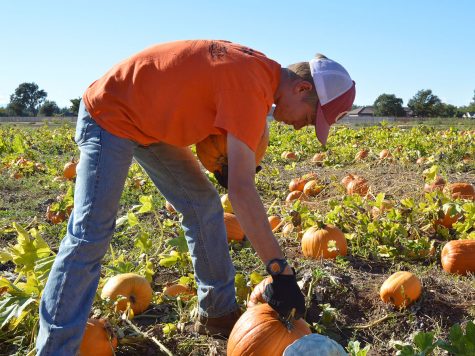 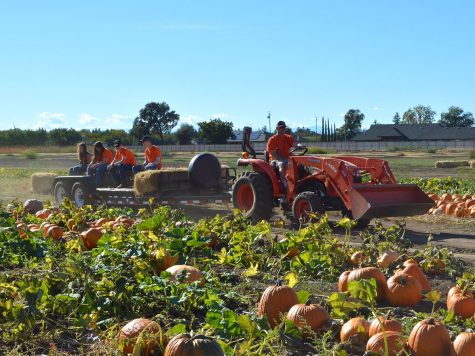 The Chico High FFA chapter started growing pumpkins at the farm in 2008, but had to take a five-year break because of the California drought.

According to Ronnie Cockrell, a nine-year teacher of the FFA program, back in 2013 the school’s science department along with Chico State performed a test on the soil. The sample revealed a lack of nutrients in the soil, and the program decided to put the pumpkin patch on hold. 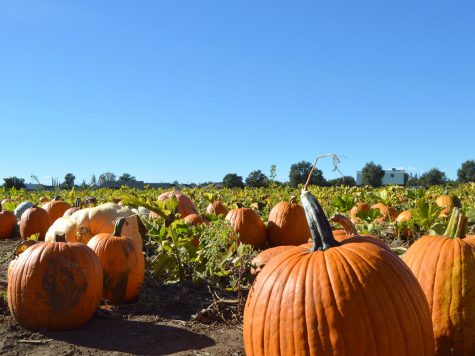 Since June, Chico High FFA students have farmed about 7000 pumpkins for the community to enjoy this Fall season. Photo credit: Olyvia Simpson

Luckily, for the students, this was the year to reopen the pumpkin patch for the community.

“We’re just trying to expose kids at Chico High to a different environment that maybe they’ve never been exposed to,” Cockrell said. “Most of the kids volunteering have never farmed or planted anything before.”

Although, the pumpkins aren’t certified organic, they are grown without any pesticide or chemical spray.

“This is pretty good soil. One of the guys said it was good enough to eat,” Cunningham said.

Chico High student Garrett Cunningham operates the golf cart to help pick up individuals who are not able to maneuver around the field as easily. Photo credit: Olyvia Simpson 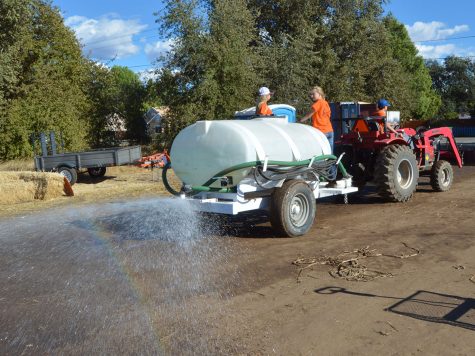 Angelina Dilessen, Athena Corneto and Diego Campas drive the water tank to prevent dust from the field from blowing into the nearby neighborhoods. Photo credit: Olyvia Simpson

“There are about 150 kids that have helped with the patch in some way, shape or form,” Cockrell said. “We’ve got about 70 strong that are constantly out here.” 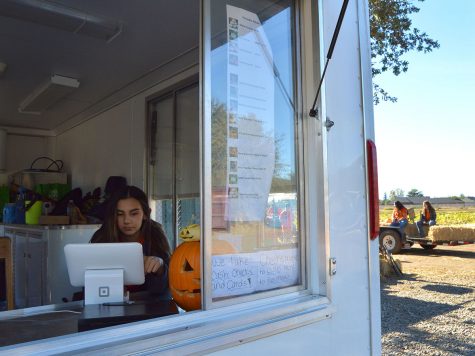 Student Carmen Trujillo is using a new technology system to enter in purchases. This allows the FFA to monitor the number of sales per pumpkin variety and know exactly how much to plant next year. Photo credit: Olyvia Simpson

Students needing to serve detention have the opportunity to eliminate hours by volunteering on the farm.

“We had three kids last Saturday here who were serving detention. They wound up asking if they could stay the whole time,” Cockrell said. “Now they’re with me full time.” 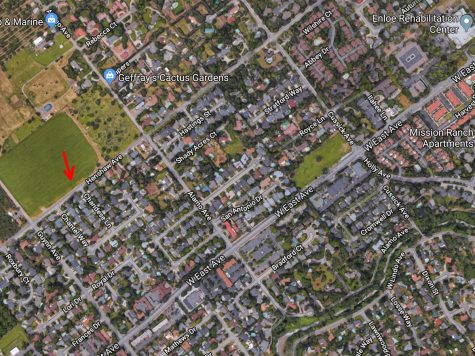