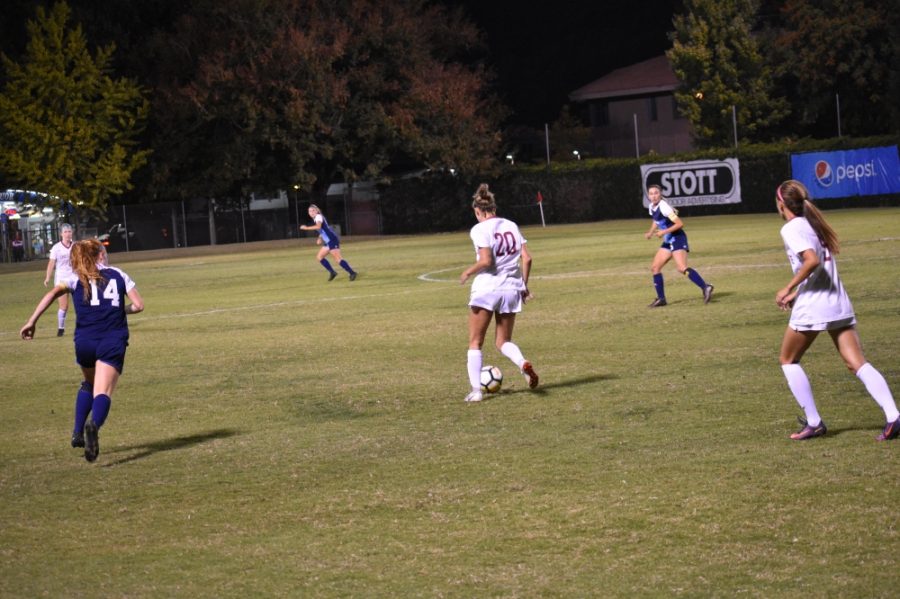 A foul was all it took for the Gators to take the game at the last minute.

Chico State women’s soccer team made an early presence on the field attempting the first shot of the game within the first two minutes. They didn’t stop there and at the seventh minute they took another attempt.

The Gators were off to a slower start only having one shot attempt that took place until the 19th minute. This pumped up San Francisco and they were prepared for a possible scoring play but it was shut down over an offside call.

The Wildcats used this possession to their advantage and Susanna Garcia got Chico on the scoreboard, now up 1-0.

Not only did they dominate the scoreboard they dominated the field and allowed little possession to San Francisco State for the rest of the half. Chico State took another 6 shot attempts before the official called the end of the first half.

The Wildcats confidence went on into the second half with hope of keeping their lead. Both teams were aggressive on the field for the first part of the second half, totaling two fouls each by the 67th minute.

Chico State was ready to take home the win with only 14 minutes left in the half. The Gators were not ready to take a loss and used every possession to their advantage.

A substitution by the Wildcats in the frontline seemed costly as seconds later the ball crossed the goal line in favor of San Francisco State. Chico State was disoriented as they lost the lead with only 13 minutes left.

The intensity between the teams grew every second but the Wildcats came tumbling down in the last two minutes with a miraculous goal by the Gators. As well as a red card to defender Abbie Jones.

After 14 games, the Wildcats ended their winning streak and get prepared for redemption against California State University, San Marcos on Oct. 25 at 4:30 p.m.

The Chico State men’s soccer team was ready to extend their four-game winning streak to five but San Francisco State had other plans.

Both teams were off to a slow start in the first half, getting the first shot attempt half way through. It seemed no matter how many times each team substituted new players or changed positions, there was no break through for either team.

The first half ended and no team was able to get on the scoreboard.

The Wildcats came back ready to take a lead in the second half with two shot attempts within the first ten minutes. Chico didn’t stop there as they dominated possession for most of the second half.

San Francisco State was frustrated and started being destructive on the field with a shocking seven fouls in the half. They were not going to allow the Wildcats by any means to take the lead.

This didn’t stop the Wildcats at all from getting a total of 10 shot attempts in the second half, but that is all they got.

The half ended and still nothing was present on the scoreboard, resulting in overtime. Which did not last very long.

It only took 3 minutes into the first period of overtime for Midfielder Jonathan Orozco to get the win for San Francisco State.