‘Halloween’ is back but not better than ever 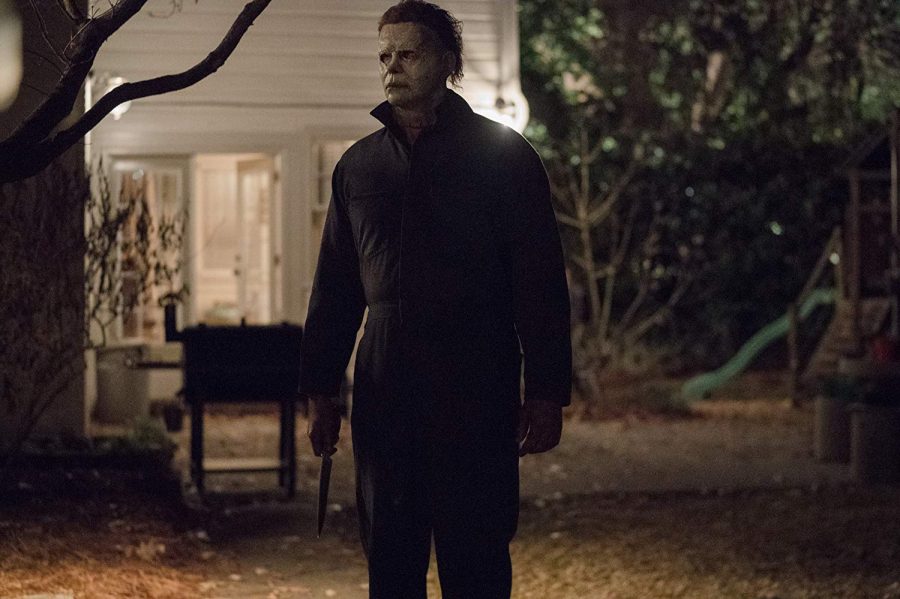 I'm sure he's just there to trim the hedges or something. Image from imdb.

Why did they have to call this movie “Halloween?” Put some subtitle after it so people don’t get confused. For the purpose of this review I’ll refer to the new “Halloween” as “THIS” and the original as “Halloween”.

“THIS” had a lot of potential to be the best “Halloween” since “Halloween.” The main problem with “THIS” is that it doesn’t double down on the things it does right. Jaime Lee Curtis returning as Laurie Strode? Great, brilliant. She should have been in the movie a lot more considering her co-star is a dude in a mask that doesn’t really talk.

“THIS” is a direct sequel to “Halloween” and, after decades of anticipation, Laurie Strode is ready to finally kill Michael Myers and put an end to her nightmare. Laurie has a daughter now and their dynamic works really well for this story.

The relationship between Laurie Strode and her daughter is interesting enough to carry the whole movie. Laurie has let her obsession with Myers take over her life and it’s caused a lot of tension between her and her daughter. Curtis’ performance as Laurie is bold and it cements her as one of the all-time best horror movie protagonists. This version of Michael Myers is one of the most menacing, so it’s a shame that he wasn’t used to his full potential.

With all that stuff going on in the story, one would wonder why there are still scenes where teens are talking about drugs at their school dance. It’s moments like that make “THIS” feel so confusing and that it wants to dip its hand into the two extremes of horror. If “THIS” wanted to step into slasher territory, then it should have gone for more creative kills. None of the kills in this movie are that much more exciting than what you see in the first “Halloween.”

There are some great scenes that are slow and do a great job of building up tension, but there aren’t enough of them. They also clash with all the attempts at humor that surround them. Things go a bit off the rails towards the end, but those scenes are at least more interesting than the ones that don’t work.

It feels like the people who wrote “THIS” couldn’t decide if they wanted it to be a serious, suspenseful thriller or a funny slasher flick for teenagers. Humor can exist in a horror film, but the amount of misses in “THIS” becomes distracting and jarring. It’s definitely a growing trend: throwing humor into movies where you wouldn’t expect it. Maybe writers think that will make a movie more recommendable when people talk about it with their friends.

“Halloween” movies have been around for 40 years. There has been a lot of bad ones in that time and, while “THIS” definitely isn’t one of the worst, it also doesn’t reach the heights of the original. Watching “THIS” made me wish for an alternate cut that trims all the fat off of what is a solid core movie. The mixed bag of scenes earns “THIS” three stars.