‘Sit Lie’ Reinstated and The Return of Sigma Chi on The Orion’s newscast Oct. 24 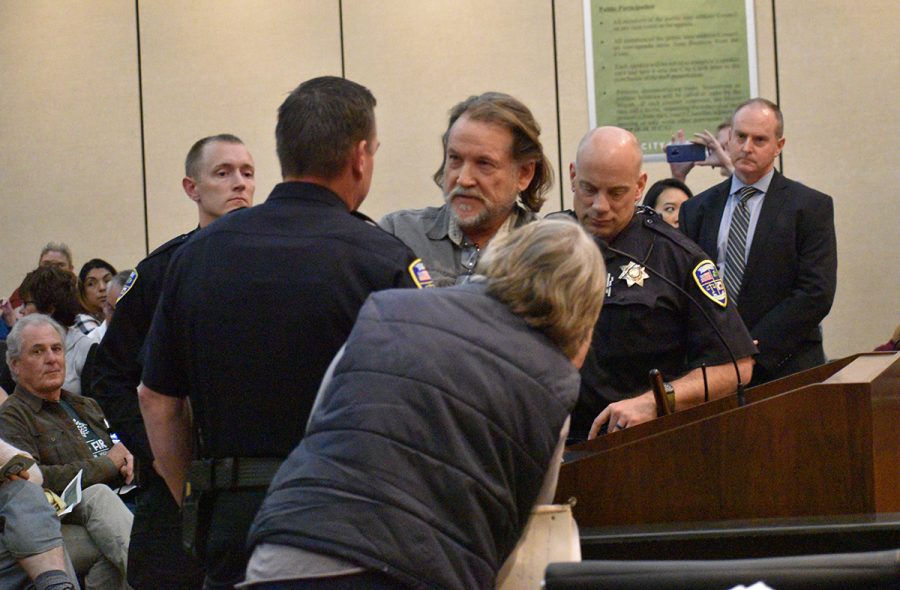 Patrick Newman speaks with police officers at the Chico city council meeting Tuesday. Newman spoke at the podium in front of the city council to oppose the sit and lie ordinance that ended up passing later in the evening. This ordinance allows police officers to detain and remove homeless and transient people that are "sitting" or "lying" in front of business entry ways. Photo credit: Alex Grant

On this week’s newscast the city council passing of the Sit and Lie Ordinance is covered, the return of Sigma Chi is featured, the Chikoko fashion show is described and much more.