On This Day: George Michael explores love and spirituality with “Faith” 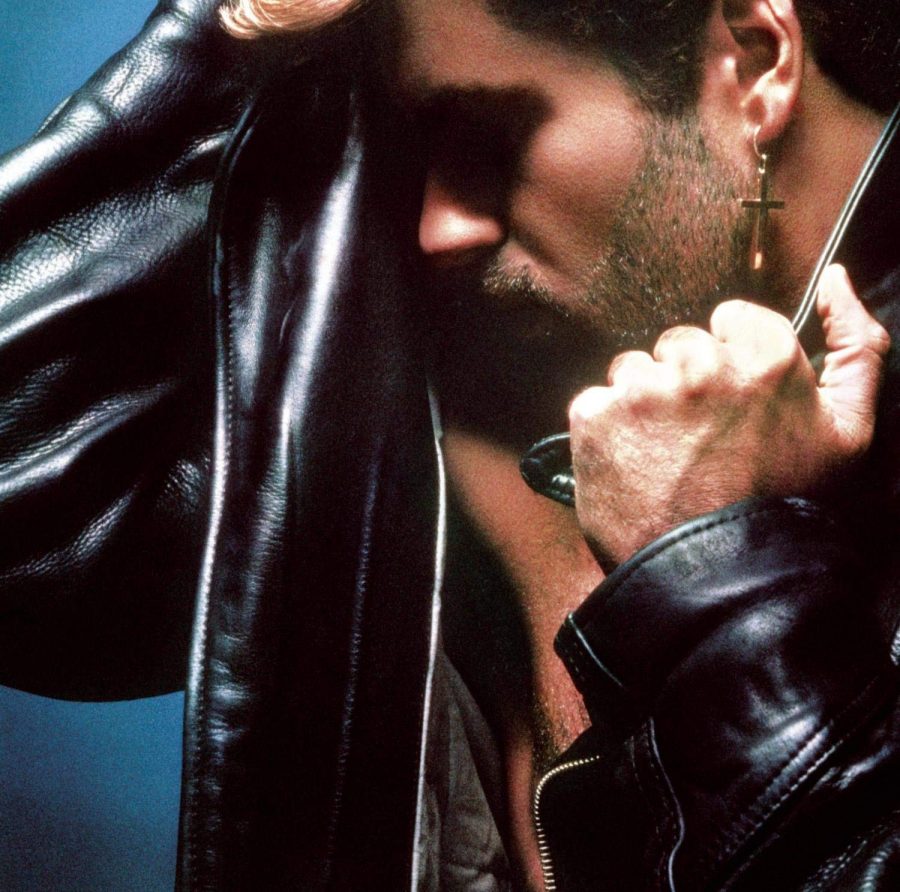 George Michael made a triumphant solo debut with "Faith" in 1987. Image from Columbia Records and Epic Records.

By 1986, George Michael had grown weary with the “teenybopper” image of his group, Wham!, and decided to go solo. He began writing and recording his own material. This would lead to his first solo album “Faith,” which took the Grammy for Album of the Year in 1989.

And what an album it is. Michael played a large number of instruments on the album, wrote and produced every track on the recording, except for “Look At Your Hands.” Already an accomplished vocalist, Michael’s work on this album displays comfortability with its jazz and funk influences and his vocals reflect the high levels of quality.

Hits for a mature audience

The title track is pure pop frivolity, with an endlessly danceable beat and Michael’s delicious vocals teasing and waving through the lyrics.

“Father Figure” is the standout of this album. It is a testament to Michael’s genius as a pop artist that he was able to sing about sexuality for a straight audience, yet hint at his own personal anguish and romantic dilemmas with considering himself bisexual at the time (“sometimes love can be mistaken for a crime.”) It established him as a mature musician, with lyrics that understand the trials of love and lust (going from, “Sometimes I think that you’ll never understand me/Maybe this time is forever” to “This time I think my lover understands me/if we have faith in each other/We’d be happy.”) He was not ready to come out, but he felt the need to write more adult material to reflect his inner struggles. With vocals that were some of his best of his career, both racy and tentatively romantic, the end result is sensuous, poignant, even skin-crawling with its power.

There’s nothing subtle about “I Want Your Sex.” Michael is direct with this three-part ode to lust -“I swear I won’t tease you/Won’t tell you no lies/I don’t need no Bible/Just look in my eyes.”

Yet Michael’s desires for something that would last are made evident in “One More Try,” which is filled with pain from past losses and romances. Solemn and longing, this slow ballad allows Michael’s rich vocals to explore the steps from jaded resistance to love affairs, to a renewed willingness to try to love again.

“Hard Day” marks more use of the synth flutes, with increased desperation from Michael’s plea to his lover. “How much do I have to say?/What more do you have to see?/What will it take to make you love me?”

From there, “Hand to Mouth” is full of uncertainty about faith and a cry out at hopes for divine influence as tied to the idea of America and of freedom. “So with empty hands I pray/And from day to hopeless day/They still don’t see me.”

“Look at Your Hands” returns to the funky side of the album, while “Monkey” with raunchy vocal delivery. This one reached number one in 1988.

The slow, atmospheric ballad “Kissing A Fool” allows Michael’s airy vocals to reach full delivery with minimal instrumentation. This track is a return to his romantic, uncertain side, with insecurities on display – it’s now regarded as one of his most accessible and honest recordings. Supposedly, this track’s vocals were recorded without a backing track in one take.

As an opening to his solo career, this album still reverberates with the uncertainties of passion and spirituality after 31 years. Michael was ready for more mature listeners and, knowing his personal struggles years later, the context for this album feels even more poignant and powerful that he spent an album in the late ’80s contemplating the insecurities of adult romances.

“Faith” stands as proof of Michael’s power at what was arguably the height of his career – a man beginning to write about his inner demons and desires while mastering the art of pop and of sensuality. As a pop album with jazz and gospel influences, it stands the test of time among solo artists.