‘The Haunting of Hill House’ has a good foundation, but shaky execution 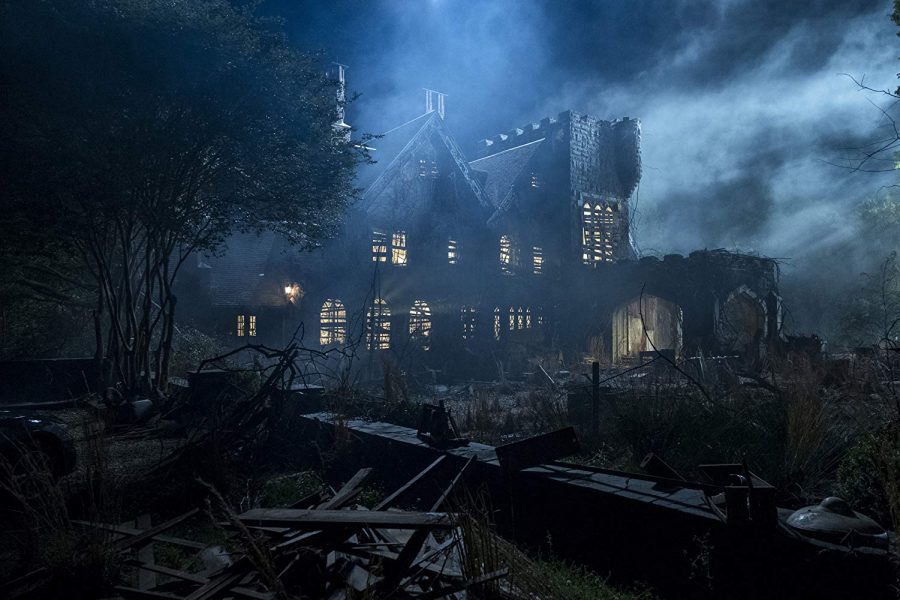 More of a manor than a house, but you get the idea. Image from IMDB.

“The Haunting of Hill House” is a frustrating show, not because it’s bad from front to back, but because it’s so inconsistent. An interesting story about a family handling years of grief is held back by bad pacing and uneven performances.

This show can be defined by its constant rise and falls. The first episode is a slow and tiresome ride that pays off in an interesting way. The viewer thinks that the show is going to ride the momentum of that, but, instead, it goes back to the poor pacing from before.

There’s a handful of payoffs throughout the 10 episodes. The problem isn’t necessarily the spacing between them, but the content that is stuffed in there. I don’t know if Netflix contractually requires every show over a certain budget to have ten episodes or what. Just when things finally pick up in a big way, the show insists on meandering around for another half hour.

The actual horror elements of the show are mostly decent. There are a good amount of high-tension moments that build and that will keep you on edge. There’s an unusual amount of jump-scares in the show. Those are fine, as long as there’s a good buildup to it, and the thing that you’re supposed to be afraid of is actually scary. While those moments do exist, there’s also a lot of cheap ones that just spoil a lot of the potential tension this could have had.

The main thing the show wants you to be afraid of is a ghostly apparition that haunts the main characters. The ghost is used well for the most part, but its appearance is pretty generic and there’s not a whole lot of things that it does to set it apart from the creatures in “The Ring” or “The Grudge.”

The main focus is on a group of siblings called the Crains. Each one starts off as either boring or unlikable and, while a couple of them stay, that way the overall character development is the most interesting part of the show. The way this family deals with grief and fear seems real, but then their inconsistent performances get in the way. It’s not that some of the actors are good and some aren’t, it’s that some of them are good for a couple of scenes and then seem stilted and amateur in another.

The overall Gothic feel of the horror feels played out in a lot the scenes. The director did a great job of getting interesting shots, but a lot of the scenes have this weird obvious horror feel to them. It’s as if the characters are self-aware about being in a horror show so they ham up their speech mannerisms to be extra ominous and foreboding.

Overall this is still a good watch for horror fans, especially if you don’t mind some of the generic tropes. There are some great moments in the middle that make it all worth it, but the ending is so crazy that it kind of leaves a bad mark on the whole thing. Still, what this show does right is enough for three stars and, if the performances and scary scenes were more consistent, it’d be an easy four.