No citations given for ‘Sit and Lie’ violation 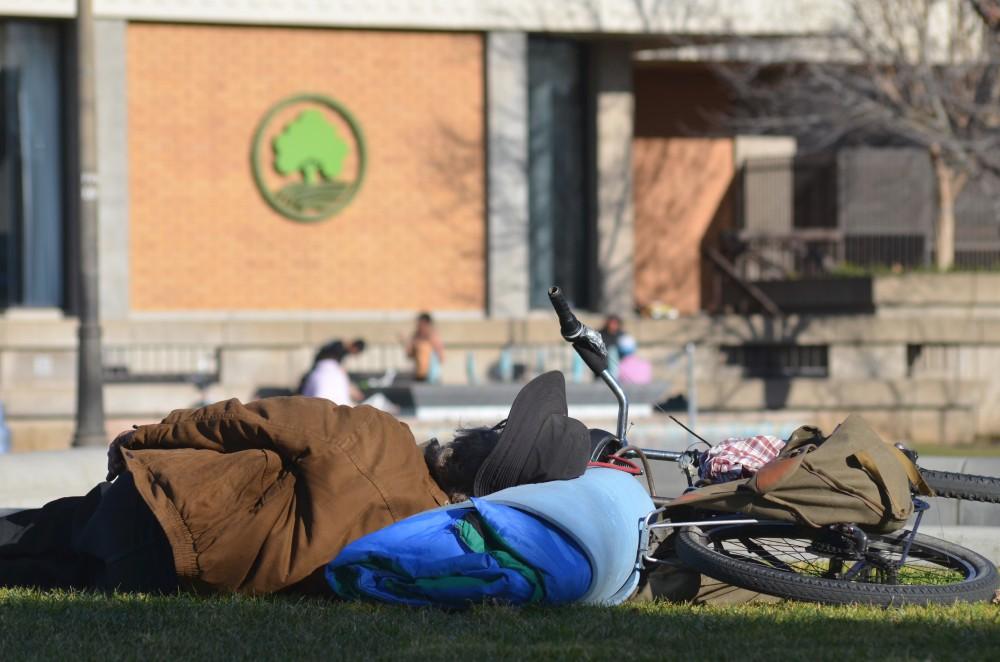 A homeless man sleeps on a grassy area of the downtown plaza facing the city chambers, where many transients often reside.Photo credit: Jamie Stryker

The Chico Police Department has not given out any citations to those violating the Sit and Lie ordinance since it took effect in December.

The ordinance prohibits people from sitting or lying on Chico sidewalks next to commercial property between the hours of 7 a.m. and 11 p.m. Those who are cited under the ordinance would be given a fine that increases with every violation the individual receives.

It has been over 30 days since the Sit and Lie ordinance was enacted. It was adopted on Nov. 19 and initiated on Dec. 20.

Following its initiation, the department has responded to an average of three calls a day for transient-related incidents, the same average as the previous month before Sit and Lie was endorsed, according to Chico Police records. The majority of those calls come from business owners and apartment residents.

Surprisingly, the police department has not given a citation to anyone for violating the ordinance. However, that does not mean the ordinance has not had an impact on the city, said Chico Police Capt. Lori MacPhail.

Most incidents ended with the subject being told to move along, according to police records.

The long term impact will be revealed within the next few years, said Brad Montgomery, director of the Chico Community Shelter Partnership. As of now, it’s too soon to tell whether the ordinance has had a significant impact on the city and the homeless population.

“When things happen, they never happen in a vacuum, especially when you’re dealing with human beings,” Montgomery said. “So you can run into false cause and effect situations.”

With R-town Downtown Coalition, volunteer outreach programs, Downtown Ambassadors, the Cleanup Brigade, and harvest season all occurring at around the same time as Sit and Lie, it is hard to pinpoint which had a significant impact on Chico.

“There’s a number of different factors and it’s hard to point to one,” Montgomery said.

Throughout the past year, the ordinance has sparked controversy over its effectiveness and objectivity.

The key to changing the circumstances of the homeless in Chico is building relationships on trust and communication, Montgomery said.

“You want to build up trust and frankly, for people who live on the streets, it’s only a matter of time before they have a really horrible day or something happens that’s really bad,” Montgomery said. “If you built up trust, and honest communication with somebody, at that point, the chances that they might make a different decision that day are much greater.”

Madison Holmes can be reached at [email protected] or @theorion_news on Twitter.