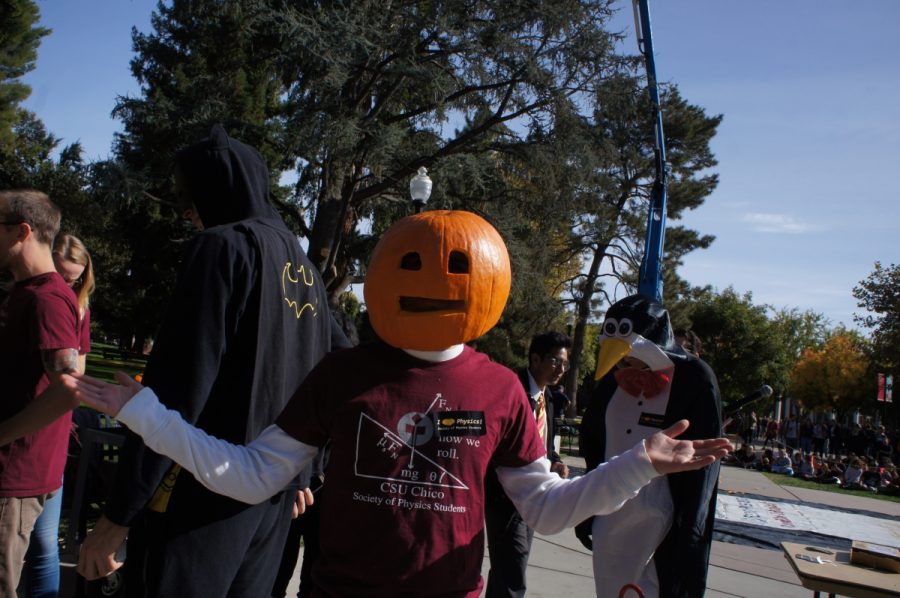 One of the Chico State physics students wearing a pumpkin on his head during the annual pumpkin drop. Photo credit: Keelie Lewis

The piercing screams of children rang out across campus as gourds hit the floor for the Department of Physics and Society of Physics Students 31st Annual Pumpkin Drop. Visiting elementary students reveled and raved as the pumpkins slammed into the concrete. 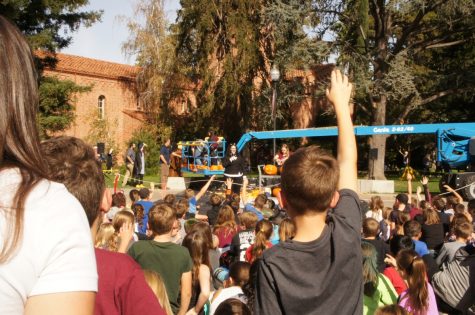 Let it never be said these squash were tossed for naught. These brave, vine-grown vegetables were sacrificed in the name of science so some of these kids might learn a lesson or two.

Next, the students quickly learned that the top of a 50-foot tall hydraulic crane is not the natural habitat for a pumpkin as they seem to have a tendency to fall and explode in a spectacular fashion. Any pumpkin who finds themselves in such an environment should immediately seek a representative from the Department of Physics or Society of Physics Students who can then assist in a safe and efficient return to the ground at an accelerating rate of approximately 9.8 meters per second.

Pumpkin drop was a smashing success!!!

Of course, the pumpkins were all part of a clever ruse. The real goal of the gourd versus gravity free-for-all was to educate and get kids interested in physics and how the world around them works.

“It’s about having fun with science,” Said Professor Nick Nelson. “This is a lighthearted way to show that you can conduct an experiment and see how things work.”

To the untrained eye, this might just seem like a really good excuse to throw things and make a huge mess. While this may be true there is more going on, so much more. 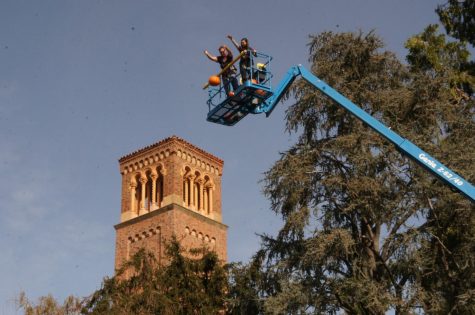 Some may have noticed the falling pumpkins were not lobbed off the top of Butte Hall as per previous years. In response to events that occurred last semester, the Physics Department opted for mobile elevating work platform rather than the use of one of the local halls. The script for the event also saw subtle revisions that were intended to help keep the day focused on fun and physics.