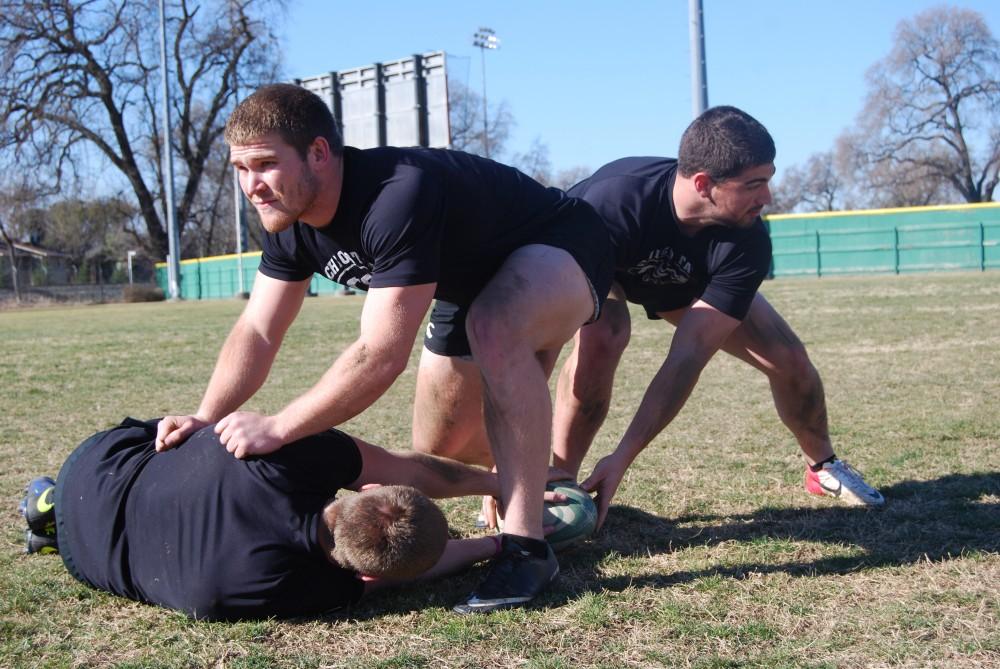 Football and rugby are both aggressive, high-energy and intense sports. It’s no surprise former football players seem to make an impression on the rugby field.

For three Chico State Wildcats, the transition from football to rugby took some time, but has been successful.

Davis was a high school standout, receiving an All-Empire award as a wide receiver. Johnson was named his league’s defensive MVP. McLens had successful seasons playing as a middle linebacker.

One aspect of the game that took some adjustment was the passing of the ball. Unlike football, the ball is passed backwards.

“I was not used to every pass having to go backwards,” Davis said. “I was finding myself in front of the play a lot of times.”

Rugby differs from football, primarily because it is commonly found to be a faster sport. Athletes need to be in top shape to keep up with the quickness of the game.

“The pace was a big change for me,” Johnson said. “There are no pauses or breaks in rugby. It takes time to adjust to the fluidity of the game.”

While picking up a new sport might pose challenges, certain aspects may come naturally to some. Most athletes maintain traits that help them succeed in multiple sports.

“I really loved being introduced to the same physicality that football brings,” Johnson said. “My experience from football really paid off when it came to form tackling.”

While both sports are extremely physical, rugby requires more critical thinking and strategy to take control of the field.

“I find myself relaxed on the rugby field,” Davis said. “There are no set plays so you have to just seek the gaps in the defense as they come.”

Some pick up a new sport for passion or interest in the game. For Davis, word of mouth led him to playing rugby.

“I was just talked into it,” Davis said. “I had older cousins who played for a club team in Colusa tell me that it is a great sport to get into.”

For Johnson, it was a different story. Getting involved on campus was one of his goals.

“I can remember checking out all kinds of clubs that Chico State had to offer, like Greek life,” Johnson said. “I was very interested until Ian talked me into trying out rugby.”

McLens always knew he wanted to play rugby. He said he was attracted to the sport for years because of the physicality.

“I love the hitting in rugby,” McLens said. “Physical is my kind of game.”

Davis, Johnson and McLens each said they were glad they made the transition from football to rugby.

Going into their third season with the club, they have found themselves successful both as individuals and as a team. Last year, the Wildcats rugby team went 12-0 and landed themselves in the top 10 teams in the nation.

Besides the skills that these players learned from football, the camaraderie they have developed has been a big part of the team’s success.

“I am extremely close with all of the guys on this team,” Davis said. “They quickly turn from your teammates to your brothers.”

Ryan Grady can be reached at [email protected] or @RyanGrady23 on Twitter.