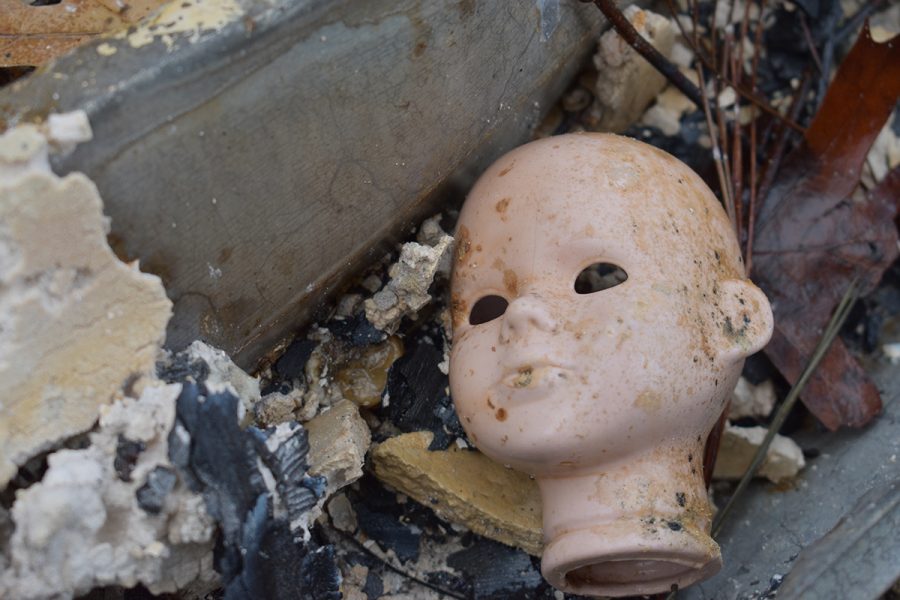 The Camp Fire burned almost everything in it's path, yet some household items like this baby head doll survived the flames.

The following photos are taken in a variety of places in the Chico and Paradise communities. More photos will be added to this page as I travel to areas affected by the Camp Fire. To see a photo timeline with some of these photos click on this link. 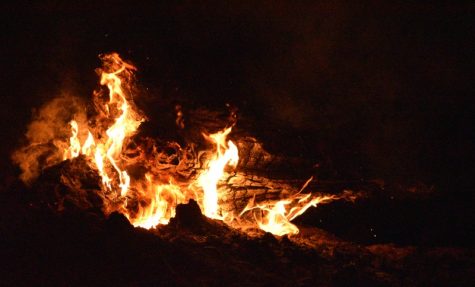 The fire started burning off of Pulga Road at Camp Creek Road just east of Paradise. This photo was taken off Honey Run Road Thursday evening. 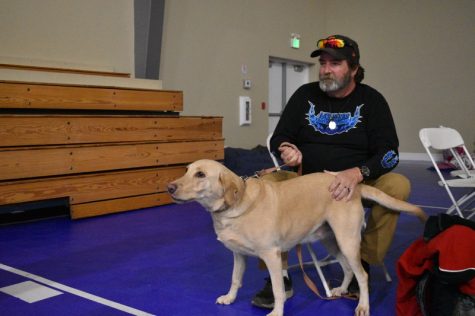 Sam Zuckerman evacuated with his friend and his friend’s dog Molly on Thursday. They found their way to Pleasant Valley Baptist Church, an unofficial Camp Fire evacuation center. This evacuation center, unlike some, allowed pets. 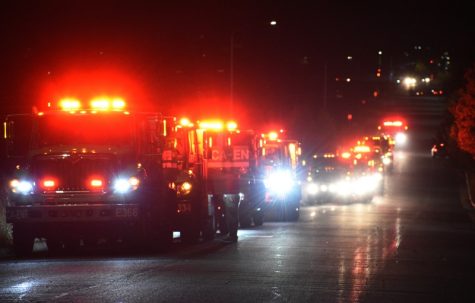 Several firetrucks lined up down East 20th Street late Thursday night to ensure Camp Fire flames didn’t cross over into the residential Chico area. This road and Skyway Road were the closest areas the fire got to residential homes in Chico. 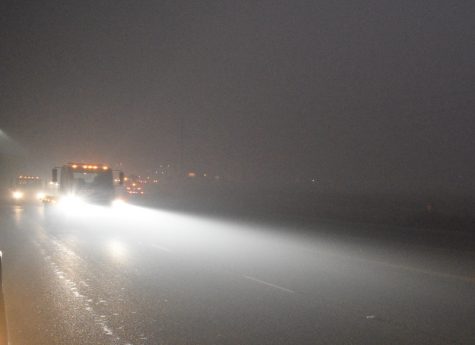 About a day and a half into the Camp Fire, the flames burned 90,000 acres and was only five percent contained. As vehicles drove down Skyway Road, the heavy, smoke-polluted air was barely visible. The air quality index reached 310, which is within the hazardous zone. The low air quality forced many in the Chico area to evacuate as well. 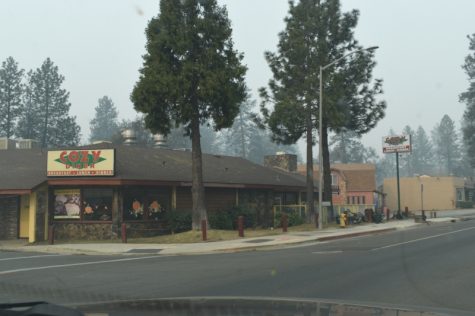 While most homes and buildings were burnt down on Skyway in Paradise, some storefronts and homes were spared by the Camp Fire flames. 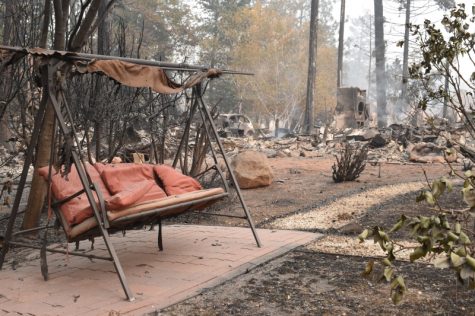 The burned remains of this house on Wildwood Lane are located right behind the Cozy Diner. Yet the neighboring apartment complex next to this house was completely intact. This scene showed how unpredictable the fire’s path can be. 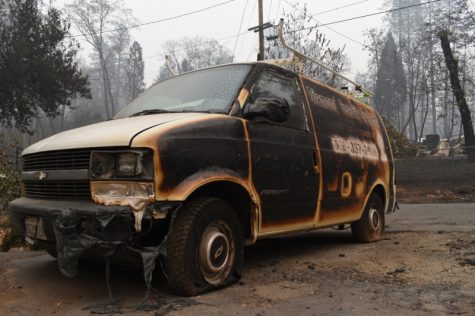 While one side of this van was blackened and partially melted, the other side still was its original white color. This van was the only vehicle on Mark Lane that was still somewhat intact. Every house and building surrounding the van was destroyed. 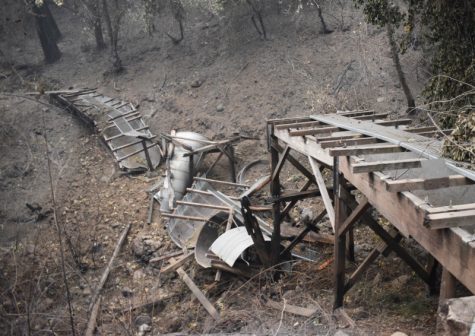 The historical Paradise Flumes were at least partially burned by the Camp Fire flames. The extent of the damage to the Flumes is still unknown. This photo was taken off Dean Road which is roughly the middle point of the Flumes. 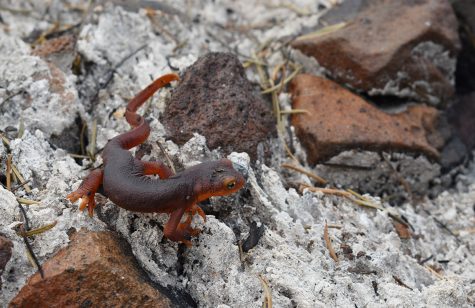 Alex GrantA Red-bellied newt crawls over white ash that was left from the Camp Fire. This newt was found on Saturday near the southern part of the Flumes in Paradise. 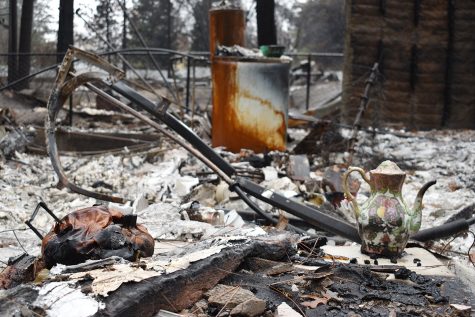 Alex GrantA blackened, melted pumpkin sits next to a charred yet intact watering pot at a burned down Paradise house on Copeland Road. 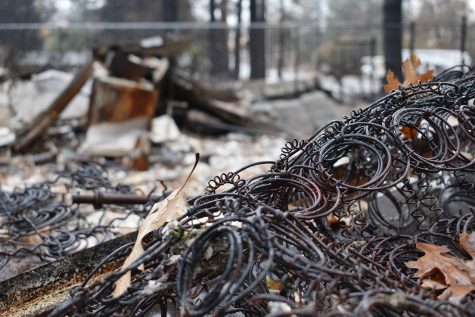 Alex GrantLeaves and ash surround this pile of burnt coils that presumably use to belong to a bed or a couch. 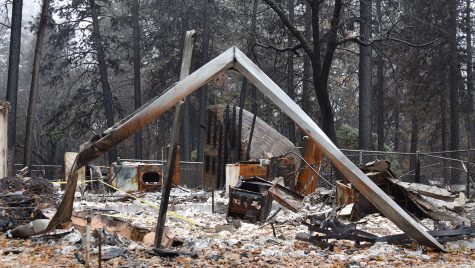 Alex GrantThe Elliot Gardens rental units were burned to the ground during the Camp Fire. Some homes directly across the street (Elliott Road) were completely untouched and unharmed by the Camp Fire flames. 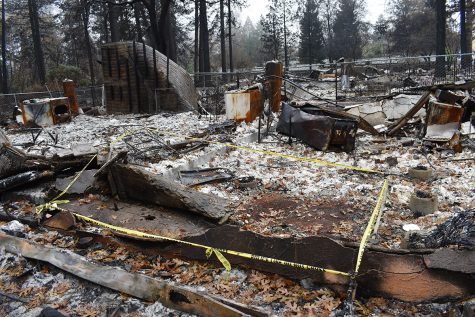 Chico State student Christina Taft lived in this Elliot Gardens rental unit with her mother Victoria. Christina made it out of the fire safely but unfortunately her mother died somewhere within the yellow police tape. 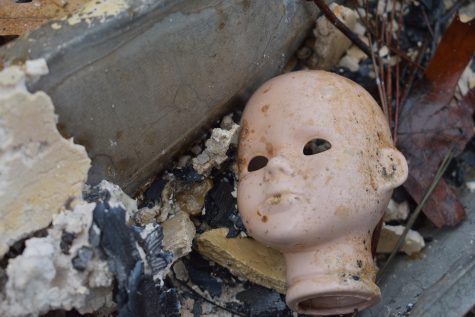 Alex GrantThe Camp Fire burned almost everything in it’s path, yet some household items like this baby head doll survived the flames.