AS, committee addresses year ahead 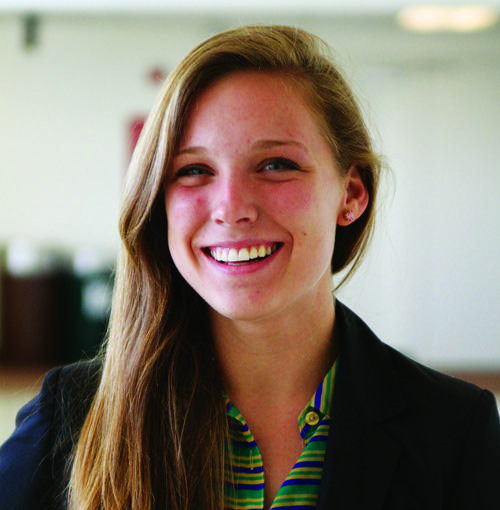 Enrique Raymundo
The Government Affairs Committee and the Associated Students Board of Directors held meetings Monday afternoon to discuss plans for the upcoming semester. Hungry WildcatA significant amount of food has been collected for the Hungry Wildcat program.The program is capable of providing food to more students than it currently is, wrote Associated Students President Taylor Herren via email. One possibility is that too few students are aware of the program, committee members said. This semester, the Associated Students will be putting out more information for students letting them know the program exists, Herren wrote. Bike safety courseUniversity Police Department will begin issuing tickets for those riding bikes or skate boarding on campus. Instead of paying the full ticket amount, violators will have the option to pay a $60 fine (in comparison to the usual $153 fine) if they take a bike safety course online.The safety course will be offered through the University Police Department website. Those who take the course must pass the course’s assessment with a minimum score of 90 percent.Here are some of the other highlights of the two meetings:The Cross-Cultural Leadership Center presented their structure and plans for the upcoming year, including plans to develop “Leadership and Social Justice academy training.”A new academic student senate may be initiated this spring. The senate would encourage more student representation in academics. The senate would be made up of seven senators, each from a different college.Alpha Omicron Pi, a national Greek sorority new to Chico State, introduced itself to the committee. It will host a recruitment drive and colonization ceremony in February.The Orion can be reached at [email protected] or @theorion_news on Twitter.
Delete Image
Align Left
Align Center
Align Right
Align Left
Align Center
Delete Heading