‘A Charlie Brown Christmas’ brings nostalgia for the holiday classic 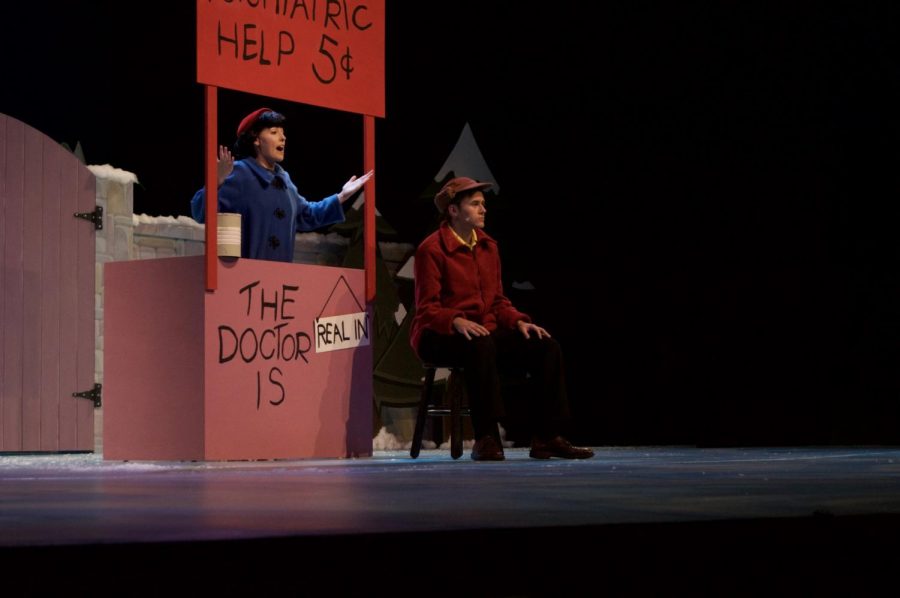 Good grief, it’s Christmas time again and with it comes all that commercialism this time of year brings. It’s lucky that the Chico State Department of Music and Theater put on the perfect escape from the rampant commercialism: “A Charlie Brown Christmas.”

The iconic Christmas special was beautifully adapted to the stage last weekend. For those unfamiliar with the special, it follows Charlie Brown as he struggles to find the meaning of Christmas. The television special is a staple of the holiday season and it was incredible to see it come to the stage.

The set design puts you right into the story, with many of the prominent landmarks making it into the play like Snoopy’s doghouse, Lucy’s “psychiatric help” booth and Charlie Brown’s Christmas tree. They even managed to recreate the ice skating scene by cleverly disguising roller blades. Quite impressive, given the fact that the cast was singing and skating, all while making it look effortless, just like the way they do in the TV special.

“I think my favorite set piece would have to be Snoopy’s little house,” audience member Ingrid Casillas said. “It looked so good, it was crazy with details – Lucy’s help booth thing is a close second.”

Another incredible feat was the costumes. The costume shop did an excellent job recreating the clothes from the actual Christmas special, right down to Charlie Brown’s iconic zig-zag shirt.

The acting in the play was really well done. The cast did an incredible job really capturing that Christmas feeling from watching the Christmas special as a kid, right down to the repetitive dancing the “Peanuts” cast is known for. And yes, it’s incredibly entertaining watching grown actors do it.

“It was like I was watching the Christmas special on TV – it was so cute to see,” attendant Amy Willard said.

Casey Schneider as Charlie Brown and Zoe Stamos as Lucy played off each other really well. Stamos, in particular, captured Lucy’s exaggerated moments quite well, especially when it came to the part where Snoopy kisses Lucy and a subsequent freakout occurs.

Oliver Loll as Lunis brought that innocence that the character is known for as he gave his speech about what Christmas is about. Loll garnered many sighs of adoration from the audience as he wrapped his blanket around Charlie Brown’s tree.

Another fun performance to see was Sophia Gutierrez as Charlie Brown’s faithful companion Snoopy. The cast as a whole was great and really brought their “A” game as they also sang Christmas classics in between scenes like “Joy to the world” and “Christmas Time is Here,” just to name a few.

The play ended with an audience sing-along to three Holiday Classics, “O Come All Ye Faithful,” “Silent Night” and “We Wish You a Merry Christmas.” Overall, the cast and crew did a fantastic job capturing the magic that made this Christmas special such a classic in the first place.

To keep up your holiday spirit, the Department of Music and Theater will be putting on the 2018 Glorious Sounds of the Season fundraiser concert next weekend. Each will take place on Dec. 7-8 at 7:30 P.M., with a 2 P.M. matinee on Dec. 9 at the Harlen Adams Theatre.