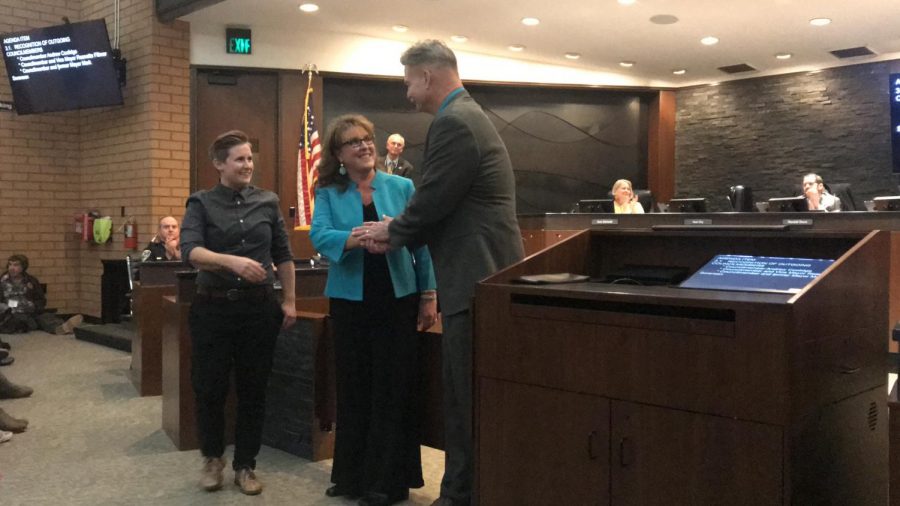 A fresh set of city council members were sworn in on Tuesday.

Soon after, Randall Stone was voted to be the new mayor of Chico.

Then Alex Brown as vice mayor.

With the new local government established, no time was wasted in getting to the next items on the agenda to discuss and vote on.

The topics of the night were an emergency ordinance for temporary housing and reducing alternative dwelling unit (ADU) development fees to encourage developers to build more housing.

The council voted unanimously to provide temporary housing for Camp Fire victim and reduce the ADU fees by 50 percent. Some council members still would like further discussion on lowering the fees further.

Justin Jackson can be reached at [email protected] or @JustJack0176 on Twitter.