‘F is for Family’ is good, unclean fun 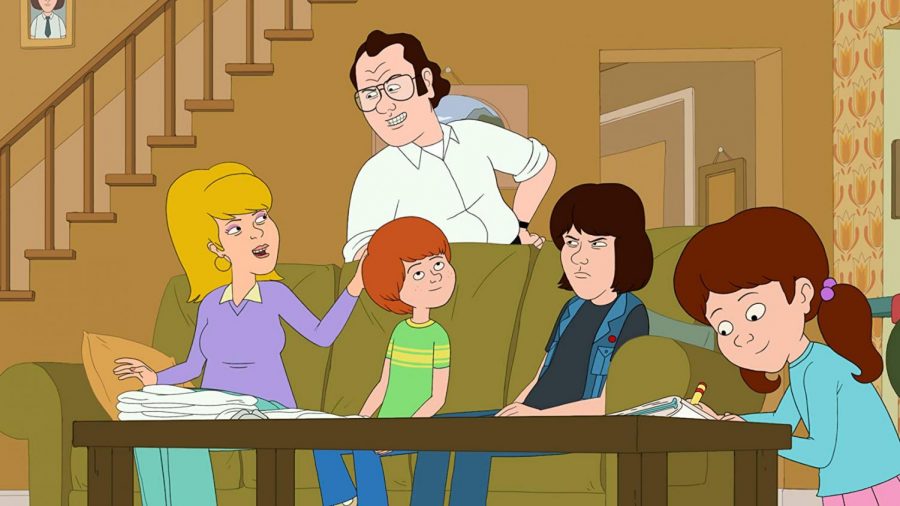 What a wonderful family. image from imdb.com

At this point, raunchy tv comedies are a dime a dozen. Finding one that actually makes good use of its mature rating is difficult. “F is for Family” not only has clever jokes that hit most of their marks, but it also shows that character growth is possible without losing the core focus of a show.

This show follows the Murphy family: a middle class, suburban group of dysfunctional characters. The ’70s setting is used well as a backdrop for characters and dialogue. The time period is an excuse to get away with racial and sexual jokes that probably wouldn’t fly in a mainstream comedy, but they’re at least funny.

Bill Burr stars as the father of the family and his voice work carries a lot of the scenes in the show. One of the biggest problems the show has is that it relies on angry dialogue and screaming for humor too often. Burr is known for his rants on stage as a comedian, so if anyone should rant it’s him, but it’s sometimes used to try and make normal dialogue funnier. The rest of the cast is solid, with Laura Dern as the mother and Justin Long as the oldest son being the standouts.

There are going to be plenty of people that will be turned off by the show’s gags and dialogue. It’s nothing worse than some of the stuff that “South Park” has done, but it definitely won’t be as easy to swallow. There are a few jokes that are for shock value, but the rest of the humor isn’t as over-the-top. The casual racism and sexism are there to play off of the social culture of the ’70s in America. That kind of humor almost becomes formulaic in this show. A viewer will probably be able to predict when a racist or sexist joke in incoming based on the obvious setup.

This isn’t a show that tries to pretend it’s smart or say something poignant. It’s a simple comedy with simple jokes and simple characters. The relationship between the family does change, but it’s nothing that will get in the way of the humor. In a way, the show can be a guilty pleasure. It’s a great show to come back to and leave in the background while you have friends over or are doing some kind of work. It’s also one of the only Netflix shows that is actually getting better as it goes on.

The third season of “F is for Family” is easily the best one. The humor is more consistent, and the few bits of drama the show has are intriguing without being overbearing. While the show does comment on the racial and gender issues of the ’70s, it doesn’t become preachy about it. The jokes are solid, but there are enough misses to make it four stars.

Ulises Duenas can be reached at a[email protected] or @OrionUlisesD on Twitter.