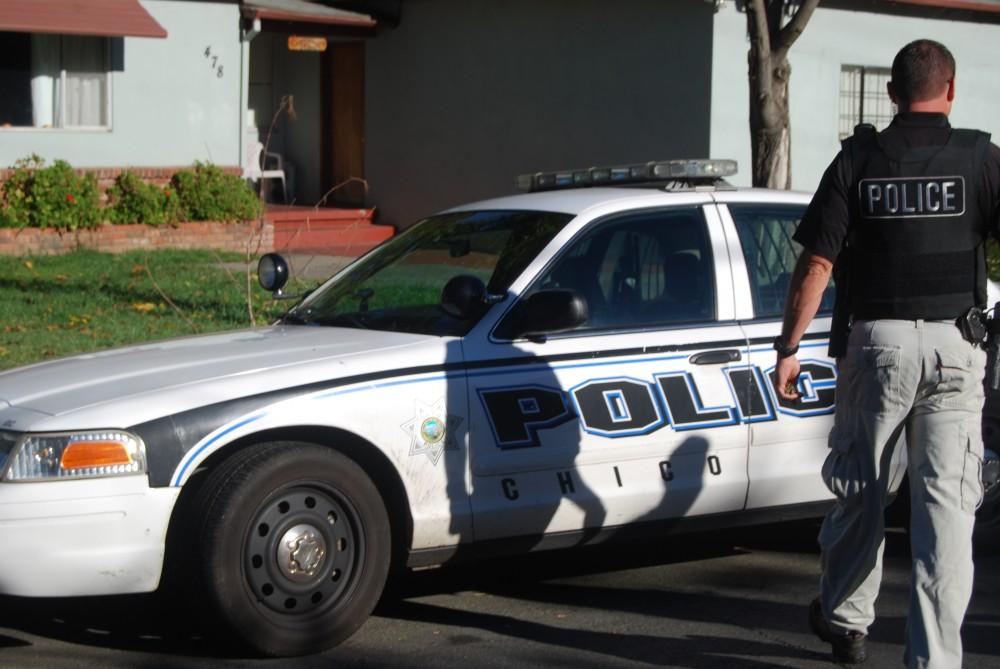 Enrique Raymundo
Safety concerns and budget cuts have prompted the Chico Police Department to end their Ride-Along Program.Participating officers are restricted in
what they can do with a civilian in the car, said Chico Police Lieutenant David Britt. They cannot respond to “hot calls,” such as a vehicle
pursuit or an incident with an armed suspect.On Aug. 23, 2013, Chico Enterprise-Record reporter Almendra Carpizo was on a ride along when a crowd at a party got out of control and she was struck by a full beer can. This prompted her police escort to ask her stay in the police car, and later had her go to the command post for safety reasons. “This is an example of what the department is trying to avoid,” said Chico Police Captain Ford Porter. When an officer cannot take high-risk dispatches during a ride-along, this effectively reduces the number of police officers able to respond to a call, Porter said. This is a problem, as there are only six or seven police officers patrolling during most hours of the day, Britt said. Even one officer fewer is a big impact on a shift’s readiness to respond to a crime.The police force currently stands at 63 police officers, according to police administration.If the department were to get more money in the budget, there is no doubt as to where it would go first, Porter said. The first priority would be to increase the number of sworn officers on the force.Enrique Raymundo can be reached at [email protected] or @ERaymundoCV on Twitter.
Delete Image
Align Left
Align Center
Align Right
Align Left
Align Center
Delete Heading