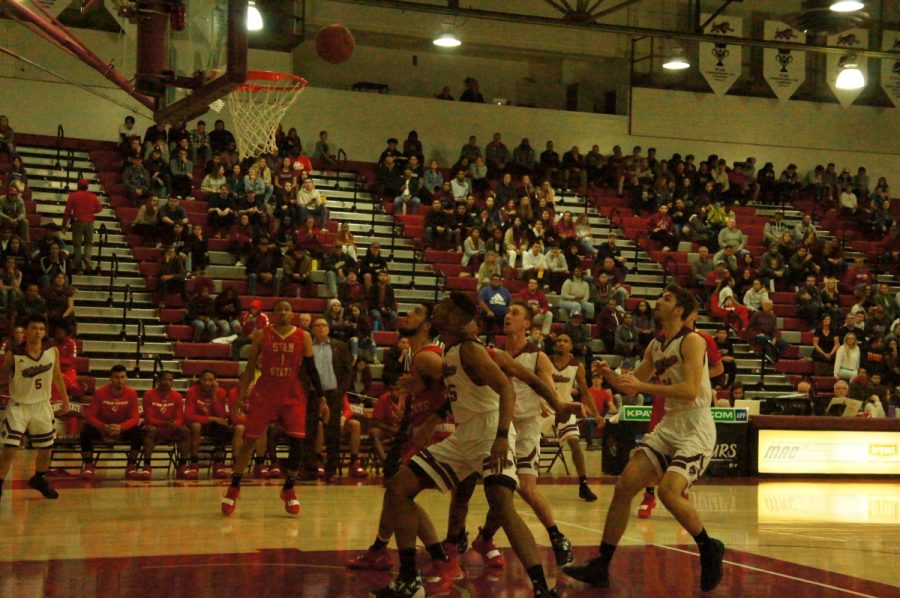 Chico State fails to complete its second half surge to overcome a 17-point deficit. Humboldt State converted a final second tip in off a miss to overcome the Wildcats by a score of 55-53.

Chico State went to Humboldt State confidently after getting into a rhythm in its last two victories. The solid defensive play from Chico matched up against the No. 1 offense in the California Collegiate Athletic Association. Humboldt State’s efficient offensive play had lead them to a 3-2 record before Saturday’s matchup.

Early on there seemed to be a cap on the rim for the Wildcats. They only shot 35 percent from the field while only making 1 of their 9 3-point attempts.

Chico State did not have the same defensive consistency that was very impressive in its last home stand. The Wildcats allowed 35 points in the first to the Loggers as Humboldt State’s Justin Everett exploded for 12 points to enter the lock room up by 15.

The tide would turn in Chico State’s favor in the second period of play. The Wildcats returned to their scrappy defensive action to spark the team’s morale. They bursted with an 11-2 run through the opening minutes to make the game competitive again.

The road team held Humboldt to 28 percent shooting to shorten the gap. The Wildcats slowly chipped at the lead for a nail-biting finish. Nate Ambrosini hit a few key baskets to lead his team in scoring with seven.

Chico’s aggressive play forced a four minute scoring wall for both teams in the last six minutes. The Wildcats found themselves in position to force overtime in the final possession, allowing only 18 second-half points. The Wildcats were out rebounded 45-34, which was a defining stat in the loss.

Chico State couldn’t have asked for a better effort, forcing Humboldt into a tough fade away 3-pointer in the final possession. The Wildcats failed to close the end of regulation as Humboldt’s Amari Green guided the ball in for a 55-53 win.

The Wildcats next play on Wednesday, Dec. 19 in San Rafael against Dominican University of California at 4 p.m.

Wesley Harris can be reached at [email protected] or flacko_flame on twitter.