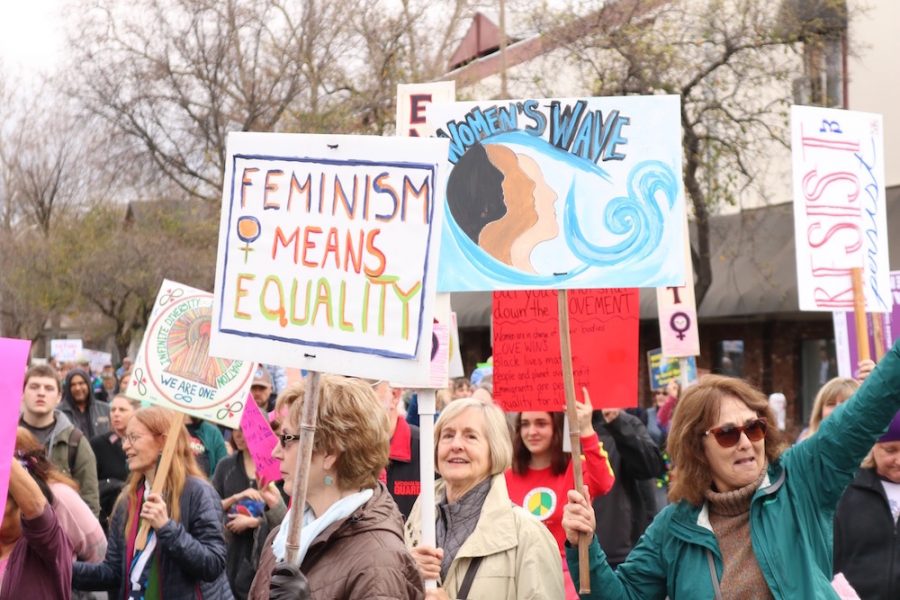 This event comes just three months after the Camp Fire left Paradise destroyed and thousands of people without homes. Other factors like the partial federal government shutdown had strong impacts on some of those participating. These events have sparked more talk about environmental advocacy as well as indigenous rights within the topic of feminism.

The event began at 10 a.m. with speakers such as Ali Meders-Knight, Brandie Mack and Brigitte Dahrouj, all of whom talked about the importance of coming together as a community to create change.

“Mama Earth is depending on the unification of the humans who are living on it,” Mack said.

“No fracking, we don’t want it here,” Meders-Knight said during her speech. “We want fire ecology back.”

At 11 a.m., the march began, starting on Fourth Street and Main. Protestors walked for about an hour through downtown, eventually returning down Broadway Street to the city plaza.

Marchers were holding “impeach” and “protect our mama” signs along with many others while chanting, “Together, united; we cannot be divided.”

Chicoans continued to rally at the city plaza through the afternoon where free food and activity booths were available. Speakers and protestors stayed downtown until around 2:30 p.m. when the rally ended.

Not everyone at the march was supportive of what was being said, however.

“Stop supporting the legal murder of unborn children,” said Joseph Hendrick, a pro-life advocate who doesn’t label himself as a modern-day feminist.

This march comes one day after the Indigenous People’s March in Washington DC, and two days before Martin Luther King Jr. Day.

“We don’t want you to hold a sign and walk around in the world blind,” Mack said. “We want you to be woke.”

Check back tomorrow for upcoming video coverage of the event.