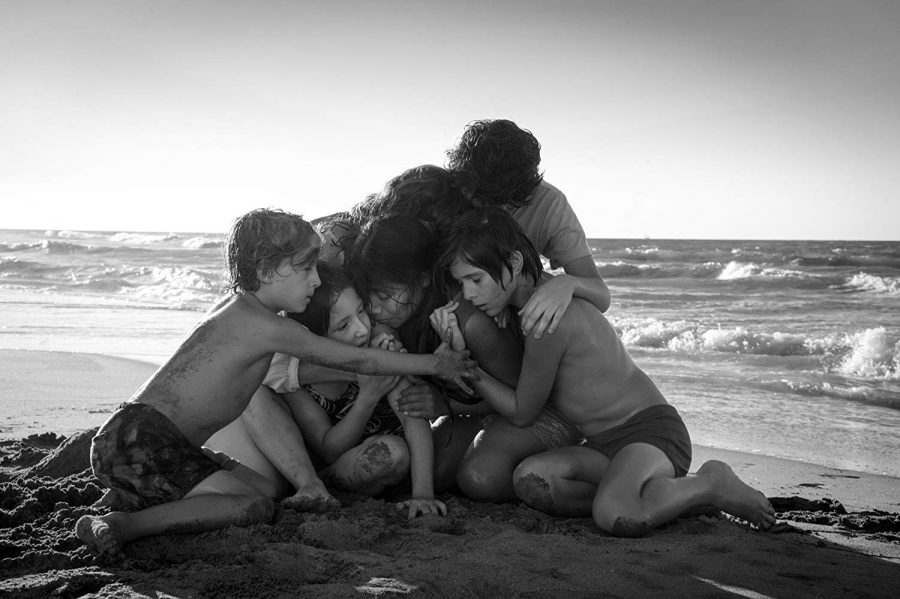 “Roma” is one of the most emotionally intense films of the year with its minimalistic artistic style and strong female lead.

“Roma,” directed by Alfonso Cuarón, centers around the life of a middle-class family’s maid, Cleo (Yalitza Aparicio) who live in the Colonia Roma neighborhood of Mexico City. As Cleo begins to find her place in society and come to terms with her own identity, she must face and overcome many obstacles, both in her personal life and within a politically-torn Mexico in the 1970s.

Less is more with this film. Cuarón is a visionary director who isn’t afraid to experiment with new filmmaking techniques. With films such as “Gravity” and “Children of Men” under his belt, to see him use a much more minimalistic approach with “Roma” was a surprise.

However, Cuarón’s artistic style in this film paid off.

Color schemes in film help determine and establish a certain atmosphere and mood in a film. But the use of black and white cinematography and lack of a color scheme was cleverly utilized to deliver a poignant tone that would reside in the film for the duration of its runtime.

Also, Cuarón’s use of single-take, still camera shots not only helped to establish the tone of the film but also helped create and show the environment and the world of the characters for the audience to see and experience.

Musical scores also help establish mood and the atmosphere of a film. Yet, not only is there no soundtrack, there’s no musical score that accompanies the film. Almost all the sound in the “Roma” is diegetic sound, a sound whose source comes from within the world of the film.

The lack of a musical score isn’t a flaw. If anything, the lack of music in “Roma” helps further drive and create the melancholic world that Cuarón had envisioned for this film.

The other driving force of this film, on top of Cuarón’s artistic style and direction, is Aparicio’s performance as Cleo.

Recently in film, there has been a surge of strong female leads. Whether it’s Frances McDormand in “Three Billboards Outside Ebbing, Missouri,” Brie Larson in “Room” or Natalie Portman in “Jackie,” this new trend in film is certainly for the better, and Aparicio’s performance most definitely contributes to the progression of representation of strong women in film.

Aparicio delivers such a heart-wrenching performance with Cleo. The amount of struggle in Cleo’s life is representative of the life of working-class women in Mexico.

Yet what’s most impressive about Aparicio’s performance in “Roma” is that she carried and demonstrated so much vigor and charm into her character, Cleo, that one would think she had been acting for years. However, the opposite is true. Cleo was Aparicio’s first ever role in any film and prior to the shooting of “Roma,” she had never considered a career in acting. So, to see Aparicio portray a character with lots of emotional depth shows how much natural talent Aparicio has.

Time and time again, Cuarón has proven to be one of the top directors in the world. His artistic style, as well as Aparicio’s stellar performance, makes “Roma” one of the best films of the year and a significant moment in Mexican cinema.

Angel Ortega can be reached at [email protected]