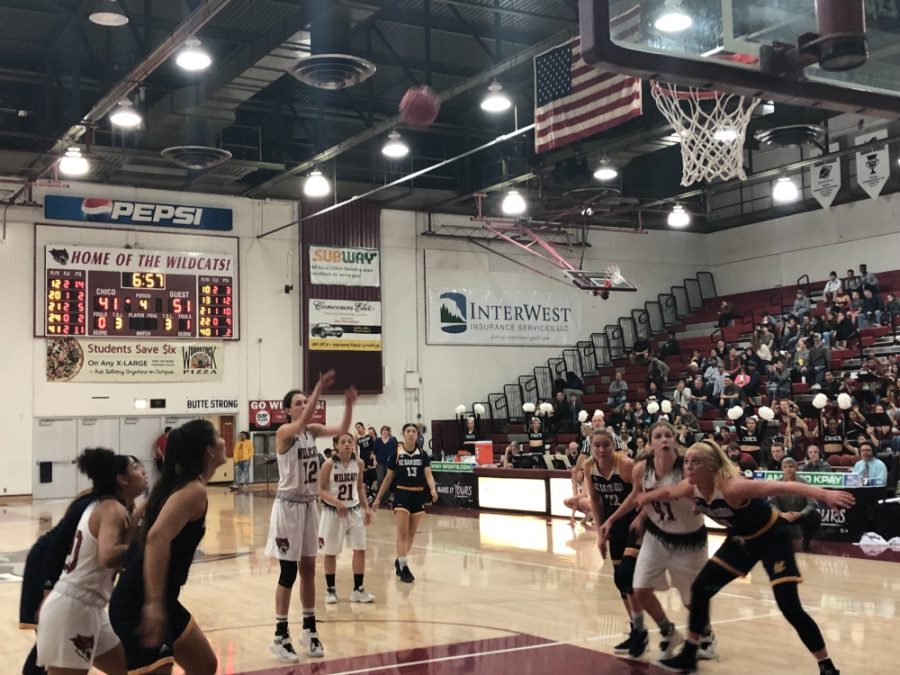 The Wildcats got on the board first with a 3-pointer but the Tritons quickly locked down their defense by outscoring the Wildcats 17-7 in the first quarter.

Despite a rough first quarter, The Wildcats scored 21 points in the second quarter as they trimmed the lead down to six points heading into the locker room at halftime trailing 28-34.

At one point in the third quarter, the Wildcats cut the lead down to two points before UC San Diego ran away with the game and won 68-52 against the Wildcats.

“It’s all about our defense,” Madison Wong said after the game. “We’ve been working hard on our defensive end and we were getting stops, it’s like one stop at a time, and we got to capitalize on that, but sometimes they have a lot of answers back to that.”

Wong finished the game strong with 6 points, 6 assists and 4 steals in 30 minutes.

The Wildcats four-game winning streak came to an end against a tough UC San Diego team. Wong described the team as a bunch of trees because the team is full of tall girls.

The final score does not show how hard the Wildcats fought. When the Wildcats pulled within two points, the Tritons responded. The lead quickly jumped back to five points and the Tritons played hard in the final 10 minutes of the game. The Tritons outscored the Wildcats 23-14 in the fourth quarter.

The Wildcats will try to rebound against San Marcos and start another winning streak as the end of the season approaches.

The team looks to use their home court advantage and hand San Marcos its third straight loss. They will play the Cougars Saturday, Jan. 26 at 5:30 p.m. at Acker Gym.