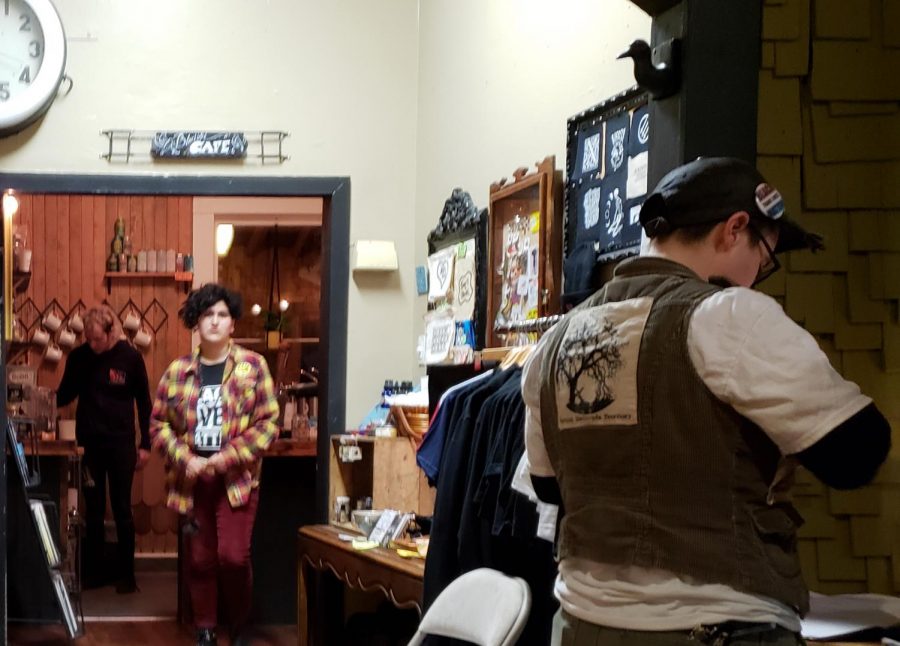 Cop Watch, an international organization started in Berkeley during 1990, has found its way to Chico. The first meeting was held Wednesday night from 6:30 p.m. to 8 p.m. at Blackbird Cafe. According to event organizers Marin Hambley and Rain Scher, the main goal of Cop Watch Chico is to bring awareness to community members about their legal rights and how to hold law enforcement accountable to their actions.

This meeting brought both Chico State students and community members together to go over scenarios, ask questions and gain resources regarding police in town and around California.

“By empowering people with the knowledge of their rights we build stronger community relationships and stronger police accountability,” Hambley said.

“I think that if we are silent about our rights we lose our rights. It’s important to organize so that folks who are already experiencing violence with the police have a community that is in the know.”

The event started with a quiz where participants marked true or false for different scenarios regarding legal rights when encountering police officers. When the quiz was finished, the answers were presented and examples were discussed for each question. After, resources were given, including pictures and names of 20 local officers including Chico State Chief of Police John Reid. A list of police officers in the country who were involved in “fatal shootings” within the past 20 years was also given out.

Participants were encouraged to download the American Civil Liberties Union app so that they could film police officers during an encounter, automatically sending the footage through the app to the ACLU database.

At the end of the night, final questions were answered and last advice was given out. Two Chico State students Robin Miki and Alejandro Alfaro Ramirez said their main takeaways from the event were learning about their rights as community members, and they encouraged other students to learn about their rights as well.

“I came because I’ve been exposed to the fact that cops are actually oppressive,” Miki said. She is a third year multicultural and gender studies major involved with the Cross-Cultural Leadership Center.

“It seems like some of the best people are getting short-handed.”

“Come to the meetings. Be aware of your privilege and help out marginalized students.” Alfaro Ramirez said. He is a third-year Multicultural and gender studies and Latinx Studies student involved with the Cross-Cultural Leadership Center as well.

Kendall George can be reached at [email protected] or at @kendallmgeorge on Twitter.