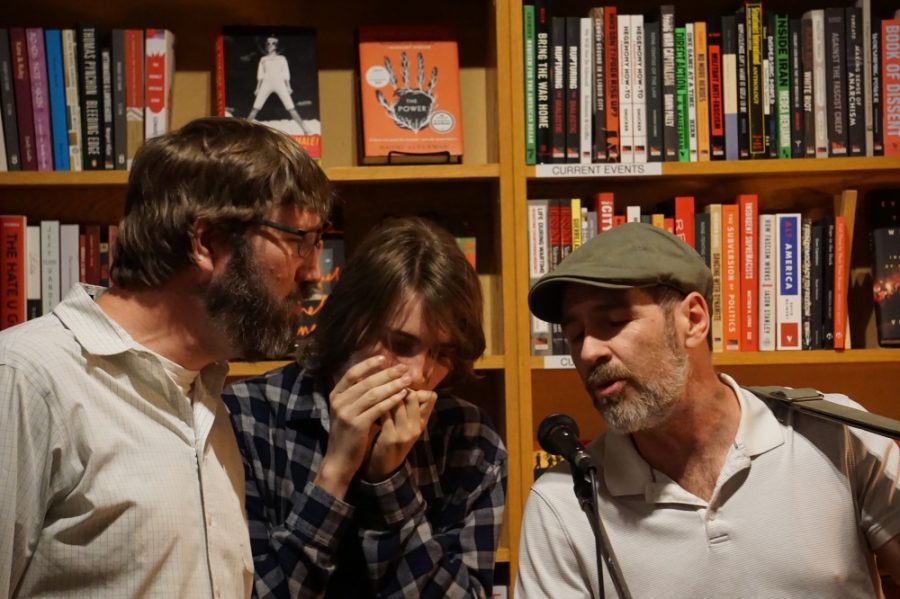 Josh “MR. Bang” Lang hosted an artistic open mic night at Blackbird on Park Ave on Feb. 6 where a wide variety of people around Chico showed up to perform original and cover music, as well as some spoken word.

Blackbird has been hosting these events for about a year now with Wednesday night marking the anniversary of their first open mic night. Wednesday night had 14 people sign up. In the past, smaller sign-up lists would result in having to go through the list of performers twice. Sawyer Goodson, who works at Blackbird has known Lang for about six years.

“I’ve known Josh for around six years. We met through a friend group of people from like the Redding area, and then met at some local shows around (Chico).” Goodson said. “Josh approached my boss and asked if it was cool for him to host something, and he said ‘yeah, we’re down.”

“I just don’t feel like it would be appropriate, with all the acoustics and all the spoken word, I don’t feel like drum beats would fit in the atmosphere… I usually have the barrier of my drums, so being up there with just a mic and a guitar is foreign to me… If one day I pick up the courage I definitely would (perform).”

Some people who signed up for the open mic have more experience than others. Nikki Renaud, who prefers to go by Teeny Nymph, played guitar and sang for the crowd.

“I’ve done about seven performances: two here (at Blackbird), four at KZFR and once at Woodstock’s,” Nymph said. “I just started writing my own stuff in 2018, I’ve been playing guitar since 2014 and I’ve been singing forever.”

All of the artists seem to appreciate the warm, welcoming atmosphere Blackbird offers.

“I love listening to other people’s music because I feel like you can get to know them better than talking to them. I finally got the balls to play my own stuff in front of people and it’s nice that people are so accepting.”

One group of performers was made up of educators in the Chico area. Jeff Reid, a teacher at Oroville High School and Mark Pullyblank, an instructor for Chico State’s Computer Animation & Game Development took the stage as “Pickles and Yogurt” with Pullyblank’s children, Dexter and Rosie. They have been making music together for seven years.

“Well, it started because Jeff sings well, and then I would write some songs and he would come over to record,” Pullyblank said.

Reid is another performer who appreciates the good ambiance and open-minded audience at the Blackbird.

“Good people, some who are and sometimes who aren’t as talented (come perform), but either way the crowd is supportive.”

Mitchell Kret can be reached at [email protected] or @theorion_arts on Twitter.