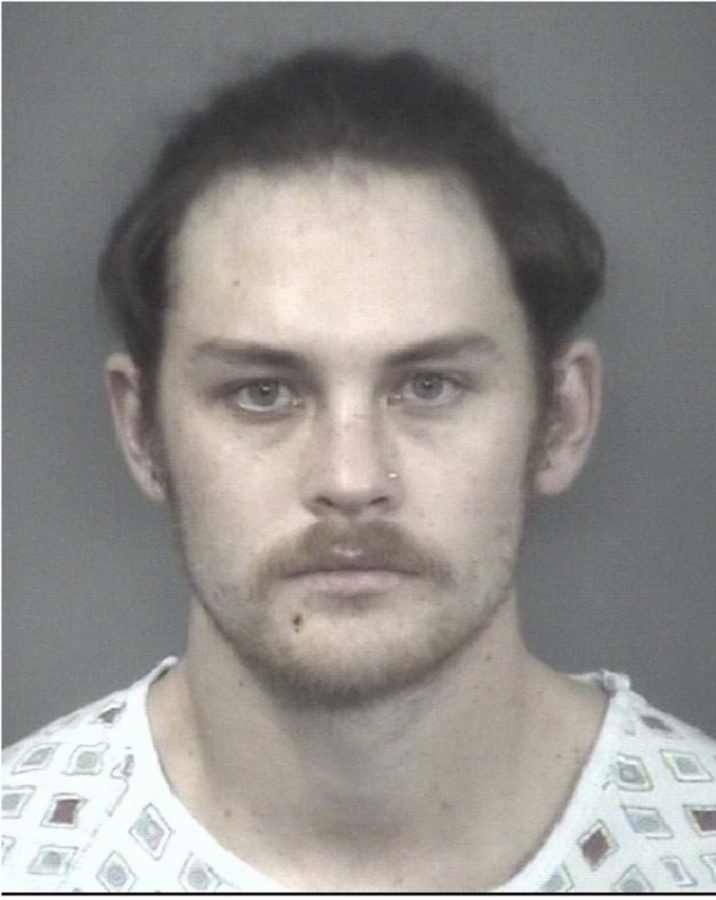 Chico police officers engaged in a car chase of suspect Brian Matthew Loo on Sunday, which started in the Kohl’s parking lot. Undercover officers showed up to the parking lot to contact a man who was responsible for breaking into a Chico resident’s vehicle and stealing the contents inside.

Officers identified themselves and the suspect immediately tried to flee. A second police car showed up on according to Chico Police.

“Instead of stopping, the suspect vehicle fled across the median and rammed the front of the sergeant’s vehicle. The suspects vehicle then fled eastbound on Springfield Drive on the left side of the median, against traffic,” according to the release from Chico Police.

The suspect only made it about one-quarter of a mile before his F-150 truck stopped because of the damage from the collision. The suspect was immediately taken into custody, and when officers checked his vehicle they found the missing Chico resident’s property.

Loo, who has an extensive criminal history, which includes five felony warrants and two misdemeanor warrants—ranging from being a felon in possession of a firearm to domestic violence—was cleared at Enloe Medical Center, and then booked at Butte County Jail.

He is facing charges for assault with a deadly weapon on a peace officer, evading with willful disregard for the safety of persons, grand theft, resisting arrest and driving on a suspended license.

Gordy Papalias can be reached at [email protected] or Twitter @GordonPapalias.