An introspective look into the 15-year evolution of Kanye 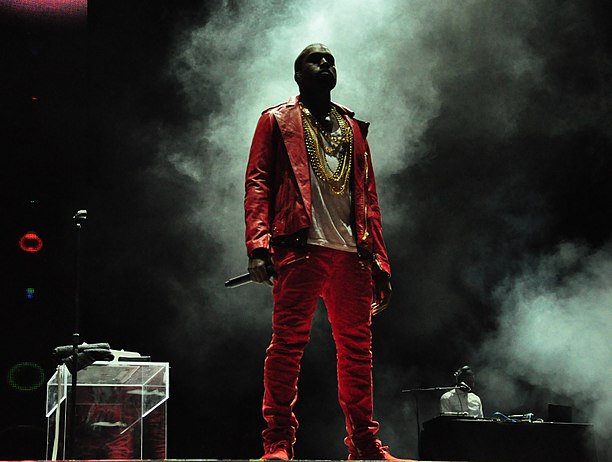 West performing at Lollapalooza Chile in 2011

Sunday, Feb. 11 marked the 15th anniversary of the release of Kanye West’s historic debut album, “The College Dropout.” Much has changed in the world, especially in Kanye’s world, since 2004. Compare TCD to his most recent works, “Ye” and “KIDS SEE GHOSTS,” and the changes become obvious.

The Kanye of the past was a confident 26-year-old, who had the support of his mother Donda and his mentors No I.D. and Jay-Z. The Kanye of today questions himself and is constantly searching for the balance between his mental illness and the medication meant to treat it. His mother has passed, leaving a heavy weight on Kanye’s shoulders. Jay-Z now publicly criticizes Kanye, and they seem to struggle to keep a healthy friendship. Today his support comes from the warm, kind Kardashians and evidently, the GOP.

TCD represented something fresh and new in rap. Kanye was the first major rapper who wasn’t gang affiliated, a drug dealer, pimp or any combination of the three. He talked about family, he sampled soul music, he talked about fashion and art, a concept that was relatively new to the rap scene. Kanye played a major role in establishing concepts that are a staple of modern rap.

For his first three albums, Kanye was on top of the world. From “Gold Digger” to “Stronger,” Kanye could be heard in every stadium, radio station and club. “Graduation” had outdone 50 Cent’s “Curtis” in record sales, signifying his new style of rap had surpassed gangster rap.

The end of his college-themed albums also marked the end of the first Kanye era. He and his ego took a major hit in the years that followed.

Nov. 11, 2007, just two months after “Graduation” was released, his mother Donda West passed away from postoperative factors after a botched cosmetic surgery. Kanye fell into a depressive and emotional state that allowed him to create yet another sub-genre of hip-hop. One year after his mother’s passing Kanye released his fourth album, “808s and Heartbreak.”

“808s and Heartbreak” (as well as the rest of his discography) paved the way for rappers like Drake, J. Cole and Chance the Rapper to reach into a more personal and emotional side of themselves. This was relatively uncommon due to the toxic masculinity that still envelopes much of the hip-hop community today. However, Kanye normalized the introspective, heartbroken rapper niche.

The Kanye that followed was an emotional, abstract and introspective artist who didn’t seem to know when to keep his opinions to himself. Kanye releases “My Beautiful Dark Twisted” and “Yeezus” in 2010 and 2013, respectively. These albums epitomize Kanye’s god complex crossed with bipolar disorder. He calls himself a god, compares himself to Jesus Christ, and yet on the same project he criticizes himself and his addictions and vices.

Modern Kanye holds a different role entirely. His arrogance is less of a novelty and less lovable, and his political stances have drastically changed—although he has said he doesn’t fully understand politics and his tweets and rants make that point abundantly clear. He struggles with his mental health and the side effects of his medications and his own self-consciousness.

The world has taken Kanye for granted and he knows it. He wants to express himself and his distaste with aspects of modern culture and presents himself as an as**ole. His attempts to be positive and love everybody are taken as insincere when he sides with a hateful administration.

We should wish the best for Kanye; he has made amazing music that spearheaded multiple subgenres—an accomplishment few artists can claim. It’s possible that retirement is the most beneficial route for Kanye’s mental health (and for his fans that hate to see him spiral).

When we look back at The College Dropout, at the beginning of Kanye’s career, we hear a hungry 26-year-old fighting to get his chance at the spotlight. His dissatisfaction in the public school system is something all of us can relate to on some level. TCD is the anthem of the college student that chooses college because of social norms, who enrolls undeclared and feels lost. The fluctuation between pure arrogance and nervous self-consciousness is something many of us have felt and hopefully, a hiatus from the spotlight will allow Kanye to find the balance he once had to make fantastic, ground-breaking music.

Mitchell Kret can be reached at [email protected] or @theorion_arts on Twitter.