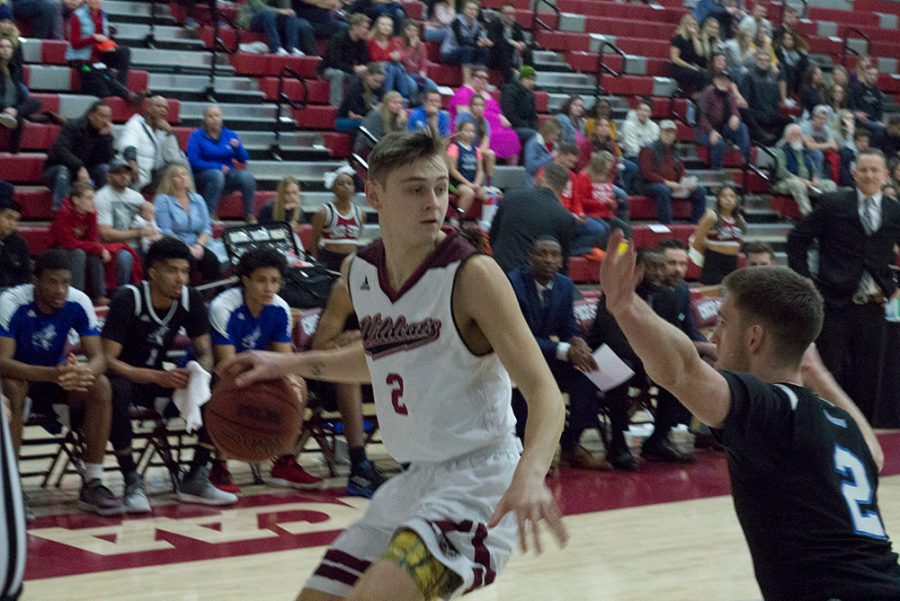 The Coyotes beat the Wildcats 88-72 back in January, so the Wildcats have been looking forward to Thursday’s game for weeks.

“I told my teammates we owe these guys revenge, you know, they disrespected us,” forward Marvin Timothy said. “I took this game personal. I was focused for weeks, you know, waiting for this game and tonight making the most out of it.”

The Wildcats were focused right away when they jumped out to a quick lead they held on to for most of the game.

The Wildcats continued to fight for the lead and went into the locker room at half with a 34-32 lead.

“It was basically come out and approach the second half like we started the game and be aggressive and fight and compete and we did it,” head coach Greg Clink said about the game plan coming out in the second half.

The Wildcats defense played well all night by holding the Coyotes to 33 percent shooting and causing 18 turnovers.

Guard Isaiah Brooks lead the team with 19 points and 7 assist in 39 minutes of play.

Guard Isaiah Brooks lead the team with 19 points in the win over San Bernardino. He also collected 7 assist and 5 rebounds. @theorion_sports #theorion pic.twitter.com/CLjcZDdAl0

“They (coaches) told me they wanted me to step it up, so I got into the gym, got in some extra shots with my assistant coaches and it paid off,” Brooks said.

Timothy finished the game with 13 points and 10 rebounds. His one block came in the final minutes causing the Coyotes to accept defeat.

The Wildcats have now won four straight games, improving their record to 9-9 overall.

The next game for the team is Saturday, Feb. 16 against Cal Poly Pomona at Acker Gym at 7:30 p.m.