Women in white win the night at State of the Union 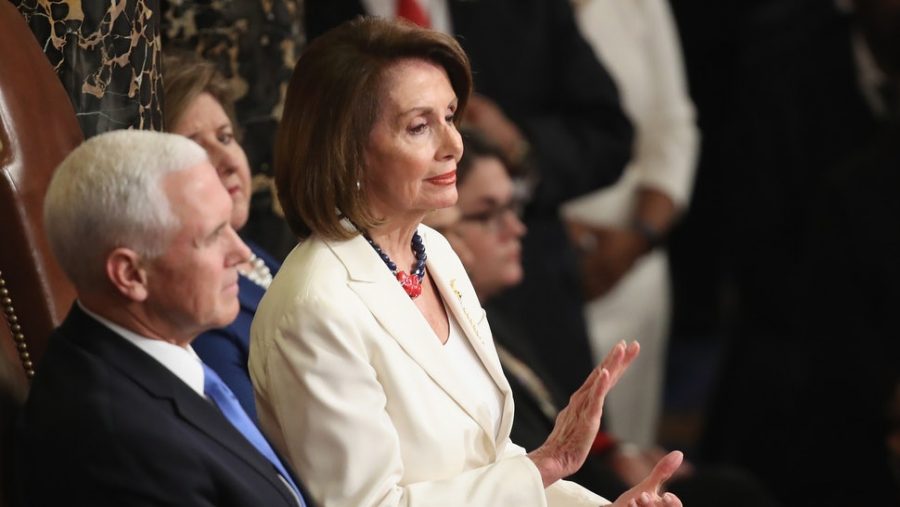 Nancy Pelosi's clap had the attention of many at the 2019 State of the Union address. Image from bustle.com.

Am I still thinking about the State of the Union nearly a week later? You bet. This time, although there was so, so much to be unpacked from this year’s delayed address, what’s sticking in my mind is what happened afterward; to a now-viral moment.

I’m talking, of course, about the slow clap given to President Trump by Nancy Pelosi. As most who frequent Twitter know, when Trump called for everyone to “reject the politics of revenge, resistance and retribution and embrace the boundless potential of cooperation, compromise and the common good,” he was met with a standing ovation.

As he smugly nodded in appreciation, he turned and noticed Pelosi’s now-infamous clap in his direction.

In the footage, Pelosi is confident, unfettered by Trump’s supercilious enjoyment of the applause. She locks eyes with him, cocks her head and smirks.

Too smug? Maybe for some. But honestly, I loved it. What was especially striking, even more than her confident clap-back, was that she was dressed in all-white, as were a many other female House Democrats in the room.

While some may find her smug clap at a moment of rare coherence for the president unnecessarily taunting, at this point in the administration, I find it less of a jab than the island of white which met Trump that night.

The women in the room asserted their presence in all-white, a nod to the suffragette movement, to a man in power who has been accused of misogynistic behavior. They never stood up in protest or organized a walk-out, they were simply a noticeable presence. They even surprised Trump by standing and cheering when he marveled at the number of women participating in the American economy.

In many ways, I appreciated their tactic of simply being present, but very visible. Many seem to have found that presence, along with Pelosi’s little clap, threatening. It’s nothing new for her or for other women in possession of political power. When she chooses to congratulate an authority figure (who has become a symbol to some of the male white supremacist movement) for getting out a coherent sentence about politics, some men in this country are sure to feel threatened.

At this point in the Trump presidency, I take comfort in seeing more women than ever before entering the political sphere and standing up like this. Women are often targeted by men in the same space for exhibiting the same characteristics － for being assertive, confident, and, dare I say, bold. It’s daunting to know what they must face for entering the public eye and daring to seek higher offices, facing off against male rivals. Hillary Clinton knows well.

It also gives me hope. Nights like what we witnessed last week show the statements women can make despite what can feel like an oppressive, uphill battle with incoherence.

When it comes to #slowclap, Pelosi represented the feeling of so many women who have battled the peculiar cocktail of frustration, depression and jaded amusement triggered by the last two years of this administration. And honestly, I’m here for it.