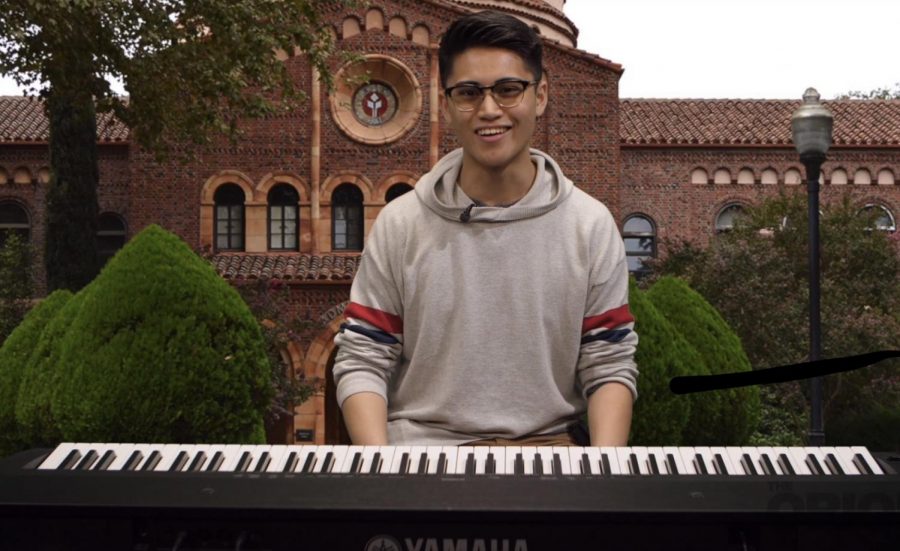 For “Caloy” music has been a part of his life from a very young age. Learning how to play the piano at a young age, he began to get inspired by big acts like John Legend, Adele and Lady Gaga. Pop ballads were his go-to type of music.

Caloy was drawn to the dramatic vibes that the artist Adele gave off. He soon began writing his own music, taking a cue from bands like fun. and later transitioning to more theatrical music like Lady Gaga. Caloy hopes to make it big by impressing the world with his effortless piano skills and sultry voice.

Q: As a songwriter, what goes through your head when you write a new song?

A: Whenever I write music, I love to isolate myself in a very quiet room and (its) just me and my piano,(I) jot it down on my phone or notebook and I usually let it flow. Usually, I like to follow a plot in my mind. Sometimes imagining a music video is very helpful, when your not sure where it goes. That visual aspect usually helps me decide where the song is going to go next.

A: I performed at the Gibson showroom in Los Angeles and its part of the live nation complex so I was able to perform in front music industry people. I performed alongside these amazing bands like Mod and the Magnets (and) just these amazing artist from all over the place. 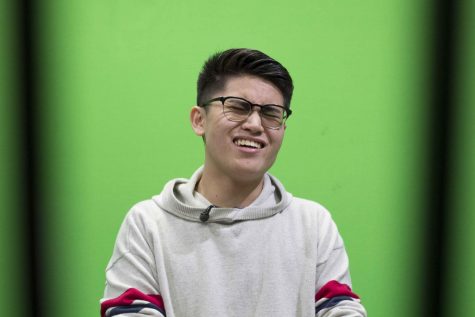 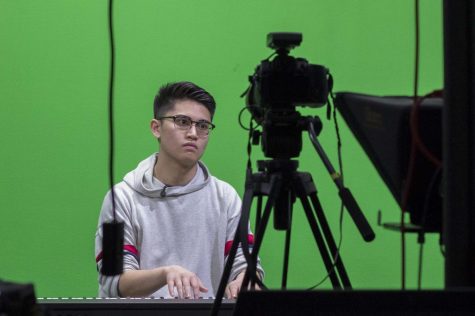 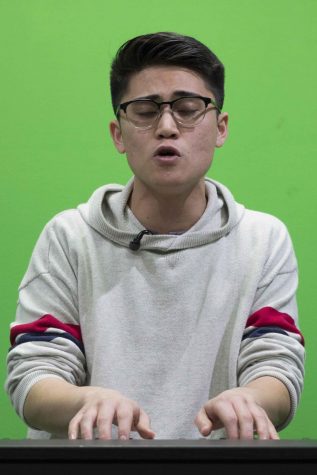 A: It felt so daunting because that was the first time I ever performed in L.A., other than performing for my great aunt. It was crazy, I wasn’t really sure what to expect, people were name dropping left and right, just opportunities and advice everywhere. It’s really interesting to me that so many people have really made a name for themselves in the industry and I would like to do the same.

Q: Do you still get nervous performing?

A: That’s an interesting question. I guess I’m nervous because I really love to set high standards for myself. Just the fact that people would come to see me play, it usually just takes away my nerves and I feel like “Okay, you all came here for this purpose and I’m here to give it to you. It’s like a little balance of nerves and being on stage also takes away those nerves at the same time.”

Q: Do you plan on pursuing a musical career?

A: Yeah, I really want to pursue a career as a recording artist. I’m currently working with an independent label Sound x3 and they’re really doing so much to make the dream come true. I’m currently a recording artist major here at Chico State and it just taught me so much about the industry, about producing, about mixing, and I just love to know both sides of the recording studio because people don’t realize how much of a job it is to be a producer and I’ve always love performing. So, to be a producer is the other side of that. So, I would like to pursue a career in either producing or as a recording artist, or both.

Q: So, you started recording your own music then? What’s that like?

A: Recording my own music — that’s been a crazy experience. I was in L.A. last summer to record with Sound x3 and to work with people that share this mindset with me, to share this creative image. It’s just such an amazing thing to have these songs that I’ve written alone in my room or just in a practice room and then to have other people collaborating on it to make something bigger. It’s been an amazing experience. There’s really no words to describe what it feels like to turn nothing into something.

Q: What advice do you have for any aspiring singer/songwriters?

A: Aspiring singer/songwriter. Honestly, I just think the biggest problem that singer-songwriters run into is the idea of writer’s block. In the end, it’s just writer’s block (it) is something that is there, but it’s also something that is not too had to conquer. You just need to get past it in the sense — just remembering why you do it, like why do you write songs? And in the end, most of us we have a message. We all have a message to get out there. So, just remember why you’re writing a song and that will get you past the writer’s block. At least that’s what works for me.

Q: Finally, where can people find you?