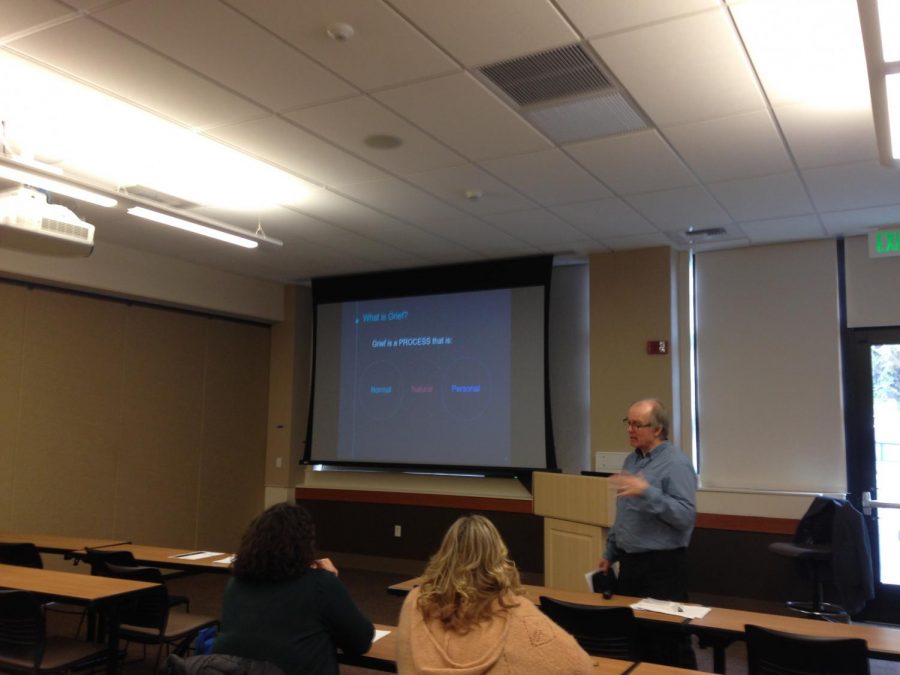 A support session was held for those struggling with handling grief from the Camp Fire.

The event, Wildcats Rise- Managing Through Grief and Loss, focused on what to expect after a tragedy like the Camp Fire. The event covered grief as something someone needs to go through, it can’t be avoided according to Russ Hansen, a marriage and family therapist who spoke at the event.

“Loss is personal in that no two people really do things (or) see things the same way,” Hansen said. “So, our perceptions and our way of experiencing something like loss are unique to us.”

Hansen continued his presentation, describing how he noticed that some people may feel like they are not grieving correctly. Some people may begin to question whether they are grieving properly and if they aren’t, what could be done to get over it.

But Hansen stated that there is no way to avoid grief because it is inevitable and there is no proper way to grieve. Hansen described a situation in which a person can still experience grief about the Camp Fire when the anniversary comes around many years later.

Hansen then went into detail about the stages of grief and examples self-care, including doing what works best for you and that what one person does for coping may not work for another.

As the event came to an end, Hansen handed out note cards for participants to anonymously write what they learned in the session and their personal experiences of successful self-care. Once everybody wrote something down, Hansen collected the cards and walked behind a podium, reading each piece of advice provided. Near the end of the event, Hansen opened the floor up for any questions.

“Don’t isolate, talk to people, consider even talking to a professional and practice self-care like it was a religion because grief is a great teacher,” Hansen said. “You might learn things about yourself, but you also might improve yourself.”

Julian Mendoza can be reached at [email protected] or @JulianMTheOrion on Twitter.